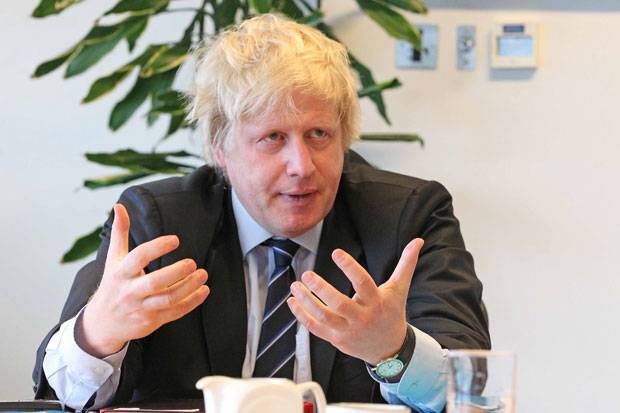 Earlier this week, the mayor of London Boris Johnson condemned David Cameron’s plan to introduce a minimum price for alcohol, saying it would hit poor people but fail to tackle the problem of excessive drinking.

“I think there are better ways of dealing with this. It’s very regressive. It hits poorest people hardest,” the mayor said.

Under Cameron’s proposals, 70p could be added to the price of a bottle of cheap supermarket wine and £2 to a bottle of gin or whisky.

The prime minister insists this “wouldn’t really affect family budgets, but would deal with this problem of very aggressive deep discounting and some binge drinking”.

The idea behind the minimum price is to dissuade the public from loading up on drink before hitting the town and getting even more legless.

The proposal is backed by the Royal Pharmaceutical Society, the Alcohol Health Alliance UK and the British Medical Association.

But it is Boris Johnson, rather than David Cameron, who is right on the proposed minimum alcohol price. A cursory look at the data reveals why.

The evidence to suggest that the solution to Britain’s apparent drink problem is to price people off alcohol is flimsy at best. The statistics instead show that the country’s drink problem (if it exists at all) lies beyond the reach of price controls.

According to the Office for National Statistics, average weekly consumption of alcohol in 2010 was highest among those who worked in middle class professions and lowest among those in routine and manual occupations.

Despite lurid tabloid depictions of ‘out of control’ working class women, the statistics also showed that professional women drank on average 9.2 units of alcohol a week compared with those in manual occupations, who drank 6.2 units a week.

When it comes to age, adults aged over 45 were also three times more likely to drink alcohol every day than younger people.

In actual fact, alcohol consumption among Britons has been decreasing – and decreasing quite significantly – for a number of years.

Among men, average alcohol consumption decreased from 19.9 units to 15.9 units a week and for women the figure reduced from 9.4 units to 7.6 units.

Let’s say, for the sake of argument, that Britain does have a drink problem. The next logical step is to identify those most in need of help in controlling their alcohol intake.

As the statistics show, these tend to be middle-aged people from the middle classes – hardly the people who are going to be discouraged by a few extra pounds on a bottle of wine.