Sometimes, even abject policy failure doesn't make much material difference. This is the paradox of the UK government's loss of its AAA credit rating. 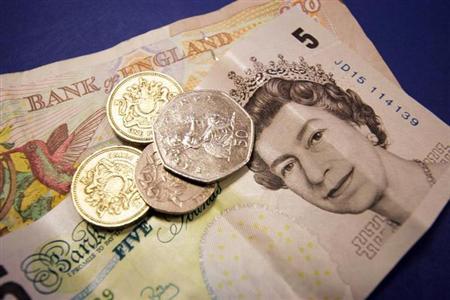 Chris Dillow is an economist who writes for Investors Chronicle

Sometimes, even abject policy failure doesn’t make much material difference. This is the paradox of the UK government’s loss of its AAA credit rating.

Economically speaking, this won’t make much difference. As I wrote recently:

“Markets are relaxed about the possibility that rating agencies might soon cut the government’s credit rating from its present AAA grade. Such a prospect, says Sam Hill at RBC Capital Markets, ‘is priced in’.”

“Charles Diebel, a fixed income strategist at Lloyds, was sanguine about the impact of the downgrade on gilts, as U.S. and French debt was not badly affected when these countries lost their triple-A ratings.
‘This has been speculated as inevitable and is most likely largely in the market. I would expect only very limited damage to the gilt curve and to sterling. Historically, losing your AAA is actually a bond bullish event,’ he said.”

There’s a simple reason for this. Ratings agencies don’t usually tell investors anything they don’t know already, and on the odd occasions when they do, they are often wrong. There’s no new news about the public finances in Moody’s statement.

The truth is, of course, that the government’s creditworthiness is impeccable, simply because – even if the worst comes to the worst – the Bank of England can print as much money as is necessary to buy gilts.

There is, therefore, no chance of the government ever having to default on its obligations to borrowers, unless it chooses to do so.

However, even if you think all the above is wrong and that credit ratings matter, they still don’t matter much.

The best measure of what an AAA rating is worth comes from the US municipal bond market. Here, a one-notch rating cut adds 0.23 percentage points to five-year yields.

But this is puny. If we use the Bank of England’s estimate (pdf) of the effect of the first £200bn of QE as a guide – it estimates that this reduced gilt yields by a percentage point – an extra £50bn of QE would offset the impact of the downgrade.

However you look at it, then, the economic effect of Moody’s move is insignificant.

Instead, it matters only for party political purposes.

“We will maintain Britain’s AAA credit rating” said Osborne in his Mais lecture in February 2010. “We will safeguard Britain’s credit rating” promised the Tory manifesto (pdf). In this sense, Moody’s move represents a failure of policy.

Sometimes, though, policies can be so silly that their failure doesn’t much matter.