The resignation of the Canadian minister for aboriginal affairs leaves prime minister Steve Harper more exposed to criticism over the country's treatment of the aboriginal community. 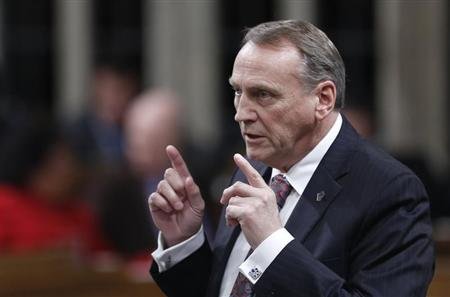 John Duncan, minister for aboriginal affairs in Canada, has been surviving on borrowed time since 2011 when the community of Attawapiskat jarred the conscience of the country with its deplorable housing conditions.

He embarrassed Conservative prime minister Stephen Harper by claiming to have no knowledge of what was happening until the Red Cross was called in to the north eastern territory.

So his resignation late on Friday (15 February) – just before a long weekend – was Harper’s attempt to bury a bombshell.

The reason given for the resignation was due to Duncan writing a character reference to the Tax Court on behalf of a constituent in 2011, clearly a conflict of interest given his ministerial role, so this is being viewed as a cover for the inevitable.

There have been calls for his resignation on the grounds of his incompetence in his ministerial brief, which sparked off the Idle No More Indigenous People’s movement last year, and which saw demonstrations and rail blockades.

Idle No More appears to have lost focus, however, and many opponents claimed a lack of organisation and cohesion of purpose, which is being used to further discredit the project.

Although the organisation is yet to issue a formal press release in response to Duncan’s departure, the movement’s leaders and supporters have been clear, via Twitter at least, that this is a welcome development.

If Duncan’s departure was so low key in its significance to the government, why, for example, did Harper attempt to bury it?

As it immediately trended on Twitter, the attempt was not successful, and suggested a higher level of significance to Canadians than Harper has probably hoped.

There have already been calls for Harper’s resignation over the government’s mishandling of Indigenous People’s issues during the course of the past year, and now that Duncan has gone, anger can be more directly focused on the prime minister.

Duncan’s departure is the second recent high profile casualty suffered by Harper’s government. Senator Patrick Brazeau, an indigenous opponent of Idle No More and a former chief of the Congress of Aboriginal Peoples (CAP), was suspended by the government following allegations of assault.

CAP represents off-reserve Aboriginals, and has not suffered the severe disadvantage as experienced by those living on reserve, the focus of Idle No More. Brazeau was someone Conservatives could rely on to support Harper’s divide and rule agenda, and has previously mocked his own people.

With these two gone, Harper’s judgement is increasingly being called into question on the issue of indigenous issues, and Canadians from across the political spectrum are joining the dots.