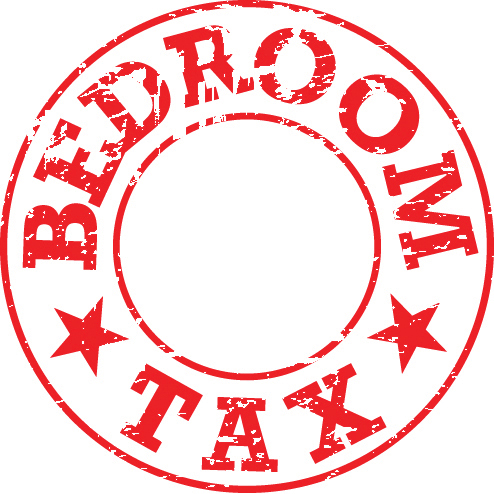 The Bedroom Tax, which will come in from 1 April 2013 as part of the 2012 Welfare Reform Act, will charge people in social housing based on how many spare rooms they have, and will hit tenants aged 16 to 65.

Put simply, it means a cut to the amount of benefit a person will get if they have a spare bedroom in their housing association home.

Benefits will be reduced by 14% for one room and 25% for two or more bedrooms. On average, an individual affected by the Bedroom Tax will lose £14-£25 a week.

The bedroom tax is supposed to encourage those who live in social housing with spare rooms to downsize in order to make way for larger families.

That’s what it is supposed to do. But what impact will it really have?

Left Foot Forward has put together five things David Cameron doesn’t want you to know about the Bedroom Tax.

1. Two-thirds of households that will be affected by the Bedroom Tax have disabled people in them. Down-sizing is often wildly unfeasible for wheelchair users due to the shortage of wheelchair accessible properties. In effect, the Bedroom Tax risks penalising disabled people for being disabled – those who cannot move to a smaller property will be forced to pay more for their housing needs.

2. In many areas of the country there simply aren’t enough smaller houses for people to downsize to (which the Department of Work and Pensions accepts). A DWP assessment estimates that 31% (660,000) of social housing tenants will have their housing benefit cut as a result of the Bedroom Tax. What is likely to happen to those families who lose between £48 and £88 a month from their housing benefit because there aren’t smaller properties for them to move in to? Are they going to be evicted? Are they going to go hungry?

3. It will cause unnecessary misery and suffering. ITV has given real-life examples of how the Bedroom Tax could hit vulnerable people, such as the couple where the husband had a stroke and can no longer share a bedroom with his wife, or a tenant who uses her second bedroom as a sterile room to receive nutrition from a machine after she had surgery for bowel cancer. Both tenants will have £48 per month taken from their housing benefit from April.

4. The Bedroom Tax could cost the taxpayer hundreds of thousands of pounds due to the likely increase in homelessness. A typical homelessness case costs £24,000, according to Govan Law Centre. It costs local authorities and housing providers £15,000. Evicting a tenant also costs a social landlord on average £6,000. The shortage of available smaller properties, combined with the inability of some tenants to pay the extra money, will see a spike in homelessness (bad enough in itself), and this will cost lots and lots and lots of money.

5. The new provisions could make overcrowding mandatory. There is no provision in the legislation for houses where the bedroom is only a single room. Children under 10 are expected to share a room as are under 16s if they are of the same sex. The rules do not refer to the size of bedrooms. A bedroom will always count as a bedroom for Housing Benefit no matter how small.

Use this benefits calculator to find out if you will be affected by the changes.