Just days after it was announced that the USA and the European Union were to open discussions on a free trade agreement worth trillions of dollars, trade unions on both sides of the Atlantic said that employment rights had to be a key issue on the agenda. 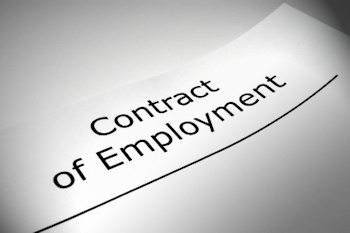 Just days after it was announced that the USA and the European Union were to open discussions on a free trade agreement worth trillions of dollars, trade unions on both sides of the Atlantic said that employment rights had to be a key issue on the agenda.

The US media gave the story a higher profile than the EU press, with comment from the AFL-CIO (the US union umbrella body) and powerful manufacturing unions such as the United Steelworkers and the International Machinist Union.

The US media were also quick to point out that in countries such as Germany and France workers enjoy shorter working hours, better employment protections, statutory works councils and workers representatives on management boards – which spooked US employers into opposing stronger labour laws.

US business leaders were quick to support the negotiations to create a $5 trillion free trade area, one major employers group, the U.S. Chamber Of Commerce said: “It would be inappropriate to try to alter U.S. labor law through the back door”.

The European TUC and British TUC already has well developed and strong policies in ensuring employment rights are high on the agenda during any discussions and negotiations on FTAs.

In the past US unions have opposed trade agreements negotiated by both Republican and Democratic administrations which provided little in the way of tougher employment rights and opened the US to cheaper labour costs, driving down standards – despite having pro-worker clauses and wording in agreements.

The ETUC will lobby the EU’s negotiating team to press the USA to strengthen its own labour laws in the context of the trade talks, said Owen Herrnstadt, director of trade and globalization for the International Association Of Machinists.And with a labour-friendly White House, unions would have a President predisposed to helping them improve labor standards working on their side.

Owen Herrnstadt said he “fully expected that the European trade unions will voice their position with EU negotiators”.

“Now we get to benchmark against a more progressive economy and raise up labour engagement here in the United States, we would hope that the trade discussions would make improvements to how corporations treat their workers here,” said George Kohl, senior director at the Communications Workers Of America (CWA).

“The labour support could also make it easier to get a trade deal through Congress, where Democrats in the House have been divided on trade deals” said Kohl.

Several union officials said it’s too early to take a formal position on any trade deal with Europe, but Leo Gerard of the United Steelworkers said: “The similarity in our economic development level and economic systems could help reduce the downward pressure on wages and working conditions,” he said.

“An agreement, properly designed and implemented, could be a force for progress.”

Gerard said whether the deal is good could depend on negotiators breaking from the model they have used for other deals, including the Trans-Pacific Partnership under negotiation with several Latin American and Asian nations, which unions have compared unfavourably with the North American Free Trade Agreement.

The USW also said in its statement that it already works closely with industrial trade unions in Europe through Workers Uniting “our partnership with Unite the Union in the UK and Ireland”.

“We are looking for harmonisation upward,” Herrnstadt said. “This is really a golden opportunity to negotiate a labor chapter that we have never seen before.”

Leo Gerard said the agreement should include strong workplace safety regulations and protections against toxic chemicals, among other items.

Sharan Burrow, general secretary of the International Trade Union Confederation, warned an agreement based purely on economic gain will hurt workers in the USA and Europe.

She said that issues such as collective bargaining should be “absolutely at the core, so we get the distributional effects”.

One of the key concerns of any FTA is that eliminating barriers to trade and investment will undermine collective bargaining agreements and shift production to areas where labour is cheapest, not just in the USA or Europe.

Add to that countries such as Hungary with repressive employment laws, not to mention the UK where we have some of the poorest labour standards in the EU, the stakes for unions on both sides of the Atlantic are high.

The talks are due to start in June and are expected to take possibly three years to complete – which takes us into Cameron’s ill judged referendum on EU membership in 2015, meaning the UK may not even get a seat at the table!