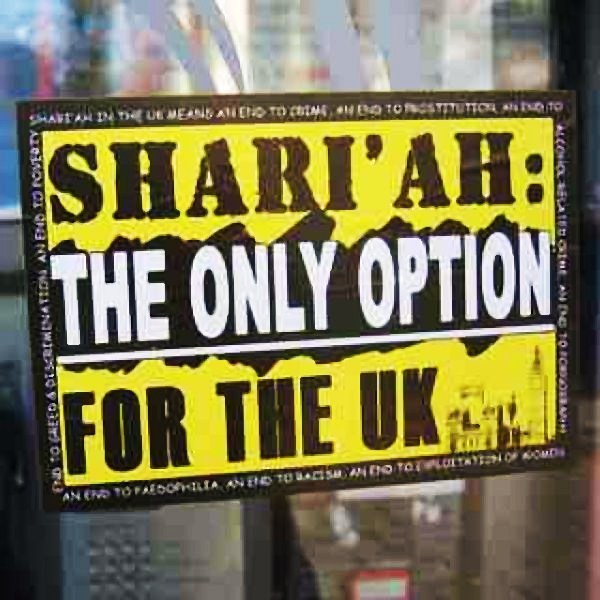 There are many reasons why this needs to be said, starting with a personal trigger. I was recently interviewed by Channel 4’s 4though.tv programme about my opinions on sharia in Britain.

Out of seven people interviewed, I was the only one who was against sharia and for a secular state.

My interview has subsequently triggered a debate in Sudanese media, both at home and in the diaspora, from which campaigns have emerged inciting people against me, calling me a ‘Kafira’ (infidel) and ‘Murtadda’ (a person who has left Islam) .

The Facebook page of the Sudanese Armed Forces’ has also posted my picture, declaring me an infidel and a apostate.

I strongly oppose sharia law as well as any other religiously-based laws because I deeply believe in secular, humanist values that put each human being on a par with every other individual.

International human rights are a testament to this and stand directly opposed to the discriminatory practices enshrined in and justified by sharia law.

It is important that we secularists demand not only a secular Britain but also a secular Middle East, North Africa and world.

We have witnessed in the last two years a grand hijacking by Islamists of the achievements of civil society in the Middle East. Not only that, but here in Britain there are now 85 sharia councils implementing sharia law on the streets of London, Birmingham, Bradford and elsewhere.

Sharia discriminates against women (and Muslim women specifically). Compared to feminist victories elsewhere, women are still not considered equal in most Islamic settings.

Brutal examples of sharia in action include punishment by stoning for certain “crimes”, such as that of Iranian Skineh Ashtiagi, who was accused of having a relationship outside of an ‘Islamic contract marriage’, or the public flogging of Sudanese Lubna Husain, for her un-Islamic dress.

Here in the UK, a study conducted by the One Law for All campaign found that four out of 10 women in sharia court cases have been party to civil injunctions issued against their husbands on the grounds of violence.

Sharia discriminates against children. Not only does it affect children when they are young, but the implications last their entire life.

Under sharia a girl is eligible for marriage as soon as she begins her first period. This makes it difficult to maintain a minimum age for girls to be married.

Sharia discriminates against homosexuals. Homosexuality is forbidden in most Islamic states with punishments ranging from a fine or public flogging to life Imprisonment.

Sharia discriminates against non-Muslims as well as other sects within Islam. Under sharia, no one is allowed to force someone to convert to Islam. However, someone who is born into an Islamic family will grow up with extreme social pressure from their family to stay within Islam.

I have seared in my memory the brutal persecutions and executions of many atheists and scientists for the “crime” of critical thinking.

Cases such as Iranian Ali Ghorabat for apostasy, Jafar Kazemi and Mohammad Ali Haj Aghaie for enmity against God, Sudanese theologian Mahmoud M. Taha for his progressive Islamic views and Egyptian Nasr H. Abu Zaid are examples of the widespread persecution of people who dare to question blind belief.

Being an atheist and an ex-Muslim should have been a private matter for me under a secular state.

However, under an ‘Islamic Inquisition’, as fellow secular campaigner Maryam Namazi describes, it is necessary for minority groups, especially those who are persecuted, to publicly air our views and call for equal treatment because this persecution will not end until we stand together and speak out.

I have chosen to speak out on Channel 4 and in many other venues in the UK because I cannot stand by and watch others suffer the same discrimination and persecution that I have faced.

My stand is about supporting freedom of expression, freedom of religion or no-religion. I stand for human rights in order to support equal rights for all citizens despite our gender, age, sexuality, religion or ethnicity.

I believe this is everyone’s battle, including progressive, secular and liberal Muslims.

We must, each of us, strongly and unequivocally demand one equal law for everyone – both here in the UK and abroad.

32 Responses to “Comment: Sharia Law has no place in Britain or anywhere else”