There are some very good reasons why conservatives should back gay marriage. Left Foot Forward has come up with five. 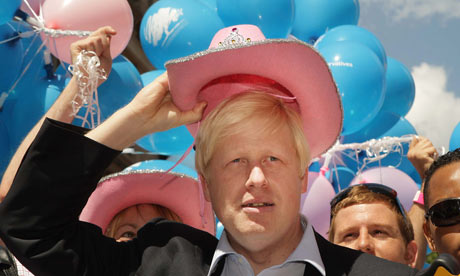 A spectre is cruising Europe, the spectre of gay marriage. This afternoon MPs will vote on whether to allow gay marriage in the UK.

This should not, however, be seen purely as a cause of the left. There are some very good reasons why conservatives (both big and small C) should back gay marriage:

1. If you believe the institution of marriage forms the backbone of a stable, prosperous society, why on earth would you wish to prevent consenting adults tying the knot?

Either you believe marriage is good for society or you don’t. If it’s the former, the gender of those getting hitched should be irrelevant.

According to a December poll, more than three in five voters back gay marriage. Of Britain’s 3.7 million lesbian, gay and bisexual people, 91 per cent back it.

3.It institutionalises something that’s already occurring.

With the creation of civil partnerships in 2004, same-sex couples can already form a union and receive the same rights as married straight couples. Instead of a parallel system which potentially undermines marriage, why not open up marriage to all?

4.It could revitalise marriage.

The number of couples getting married in the UK has been falling steadily since the 1970s, with a majority of the population now single, divorced or widowed. And yet there are lots of people who passionately want to get married but who are at present prevented from doing so. Their enthusiasm for the institution of marriage could be contagious. First, though, they must be allowed to marry.

5.It keeps the Liberal Democrats happy.

The Lib Dems are reeling at the moment. The chancellor cursorily dismissed the prospect mansion tax in his autumn statement, and it looks like House of Lords reform has been kicked into the long grass. Why needlessly antagonise them further when you can give them gay marriage?

The vote on same-sex marriage takes place this afternoon.