The far-right are targeting the Irish community in Liverpool. 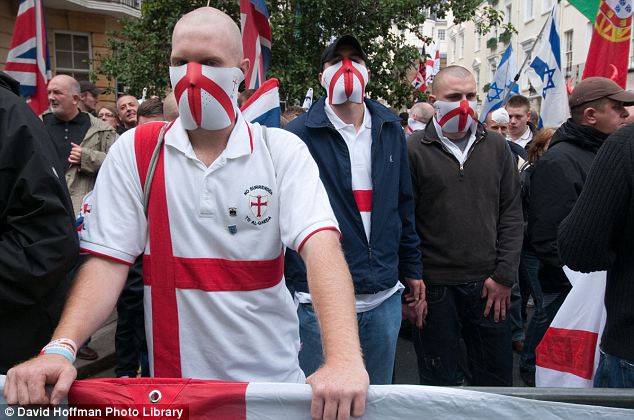 Irish marches in Liverpool have been disrupted by the abuse and intimidation of far-right organisations, a report published yesterday (7 February) by the Irish group Cairde na hÉireann Liverpool (“Friends of Ireland”) has revealed.

The report lists a series of incidents last year when the Irish cultural events were attacked by far-right groups, who view all Irish cultural commemorations as ‘IRA marches’.

In reality, one of the marches was in commemoration of the Liverpool Irish who fought with the International Brigade during the Spanish Civil War.

Another was in honour of Liverpool-born trade union legend ‘Big Jim’ Larkin, a man who successfully united both Catholic and Protestant workers in his bid to organise labour in both Britain and Ireland.

One march did indeed remember Liverpool-born Sean Phelan, who was an IRA volunteer during Ireland’s War of Independence (1919-21) against British rule.

However far-right objectors are perhaps unaware that no lesser a figure than the Queen laid a wreath in Ireland’s Garden of Remembrance during her state visit to Ireland last year, in memory of men exactly like Phelan, as a gesture of reconciliation.

We have become used to the protests in Belfast over the removal of the Union flag from Belfast City Hall, not to mention the ongoing sectarian tensions in parts of Scotland; but Northern Ireland’s political turmoil finds expression on English soil, too.

The report says that people on the above marches were subject to racial abuse and intimidation and that the local media in Liverpool has shown a marked reluctance to report the disputes.

As has Merseyside Police, who, the report says, should be ‘fully resourced to deal which such crime and recognise anti-Irish racism as a real issue’.

The report, ‘Under Pressure: A Report Into Far-right And Loyalist Attacks Against Irish Community Parades/Marches in Liverpool During 2012’ also claims the problem of far-right intimidation has escalated over the past year.

In contrast, it says Irish community parades between 1996 and 2011 were ‘relatively trouble free’, signalling an improved confidence in the Irish community following ‘several decades of fear and restraint due the ongoing conflict in the north of Ireland’.

More broadly the report finds that the fragmentation of the far-right in North West England has seen groups develop a ‘street based approach’ to building support. This sees them ‘challenging anything perceived on their part to be anti-British’, such as trade union pickets and certain bookshops.

‘In Liverpool, this has shown itself by increased antagonism toward Irish community parades in the city in the absence of any significant Asian population that could be targeted,’ the report adds.

Liverpool’s history as a major centre of Irish immigration from the time of the Great Famine in the 1840s has seen the city develop a distinct Celtic character. By 1851, a fifth of the population of the city were born in Ireland, with the legendary T.P. O’Connor elected to represent the Liverpool Scotland constituency in the House of Commons for nearly 50 years as an Irish Nationalist.

The far right’s characteristic ignorance of history, both Liverpool’s and Ireland’s, should not be allowed to spoil things.