Business minister Michael Fallon MP this week blamed both the financial crisis and the deaths in Mid Staffordshire hospital on the “regulatory culture” of the Labour years. However deregulation risks babies and bathwater territory. What we need is better and more effective regulatory systems so that failures cannot be ignored again and stakeholders are protected. 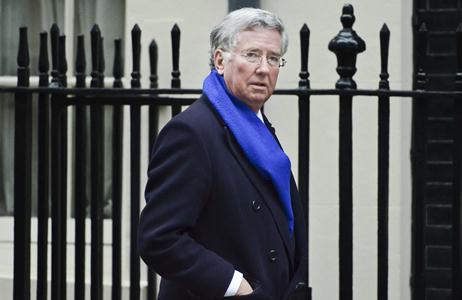 Business minister Michael Fallon MP this week blamed both the financial crisis and the deaths in Mid Staffordshire hospital on the “regulatory culture” of the Labour years.

The massive costs the financial crisis imposed on UK taxpayers and on our economy occurred “in the name of regulation”, he argued. The appalling suffering in our hospitals can also be traced back to “rules and regulations” that weigh down the NHS.

To prevent such disasters from happening again, he suggested, we should cut regulations, allowing businesses to focus on their “first task” of creating wealth.

“We must de-regulate further and faster, both at home and in Europe, to remove barriers to growth,” he said.

However, it is striking that Fallon’s attack got little support from the main business organisation in the UK.

Neil Carberry, CBI director for employment and skills, distanced himself from Fallon’s speech, arguing at the IPPR’s ‘Revitalizing Social Europe’ event yesterday that businesses have no desire to “sweep all regulations off the table”.

Carberry argued that “more fastidious and more meaningful regulation” is what the business sector is calling for, and criticised government performance in this area as “not quite what we would like it to be”.

Deregulation risks babies and bathwater territory. What we need is better and more effective regulatory systems so that failures cannot be ignored again and stakeholders are protected.

Pretending that the crisis itself was due to an abundance of regulation defies economic logic and common sense. Instead, the  perils of light touch regulation need to be remembered if the finance sector is to service rather than threaten society.

The United Kingdom already has one of the world’s lowest rates of regulation. In the World Economic Forum’s Global Competitiveness Report 2012-2013 it was ranked 8th; two and four places higher respectively than the previous two years.

EU Commissioner Laszlo Andor, speaking at IPPR’s event, also dismissed Fallon’s plans, arguing that the lack of recovery emerged instead from the “failure to sort out the banking system” and the inability to “eliminate doubts about the future of the single currency”.

Andor also joked that “the country with the triple dip recession should not lecture the EU on economic growth”, suggesting that the government needs to move away from its obsession with regulation if it is serious about growth and recovery.