The debate over Bulgarian and Romanian migration shows that concerns about immigration are now inevitably intertwined with attitudes to EU membership. 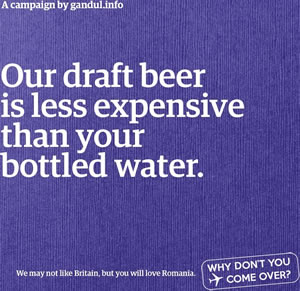 Last week Boris Johnson weighed into growing media panic about migration from Romania and Bulgaria at the end of 2013, when transitional controls on access to the British labour market are lifted.

This has followed reports the UK government plans an advertising campaign to deter would-be migrants. The arrival of Romanians and Bulgarians promises to be the migration story of 2013.

A narrative has emerged that the previous government disastrously under-estimated the numbers of Poles and other eastern Europeans who would arrive in the UK after the access of the ten new member states in 2004. This mistake resulted in the UK deciding to open its labour market to nationals of these countries, with catastrophic consequences for the less well-off in the UK.

This is a narrative that is being reinforced by both Labour (in its continued apologies for decisions made in 2004), and by the Conservatives, including those who want the UK’s exit from the EU.

But this narrative is drowning out important lessons.

Most academics agree you cannot predict broad migratory trends. Nevertheless, the previous government did commission research from the economist Christian Dustmann, which predicted 5,000-13,000 nationals from the EU’s new member states would arrive per year after EU enlargement. (About 540,000 new accession state nationals were in the UK by 2008).

This poor quality research failed to account for UK labour market conditions, the ‘pull’ factors. Although ministers never endorsed its findings, the then government did not listen to other advice.

Lesson one should be decisions about migration policy should be informed by the best evidence and government departments should be knowledgeable enough to reject weak research.

Nationals from both countries are allowed to travel freely to the UK and also to work as working students, as self-employed or in various schemes providing workers for the farming and food processing sectors.

In truth, it is already easy for Romanians and Bulgarians to come to the UK to work, legally or illegally, a fact born out in employment statistics, which showed nearly 84 cent of the UK’s Bulgarian born population in work at the end of 2012. Removing the remaining labour market restrictions at the end of 2013 is unlikely to have a large effect on migration from these two countries.

If the government really wanted to limit migration from Romania and Bulgaria it could do more to train and encourage UK nationals to work in the construction sector. The industry is a major source of employment for many Romanians and Bulgarians, who are filling the large number of vacancies in this sector. This is another lesson to which the present government has not heard.

Anyone applying for social housing needs to show a local connection and many housing and benefit applications from EU nationals are rejected. Moreover, unemployed EU nationals without permanent residency lose their right to remain in the UK as ‘EEA workers’. Yet entitlements to social housing and other benefits are a little understood area, sometimes by the very local authorities that allocate housing.

Some local authority disquiet – explicit or implicit – about Romanian migration has focused on the Roma community, whose visibility affords them much attention. This is a migrant group who have been often been challenging to integrate and small numbers of them have been convicted of criminal offences.

Yet many Roma are working legally and their children are attending school, an experience denied to them in Romania. The latter is partly due to the hard work of Gypsy and Traveller Education teams, small units based in local authorities, whose funding is now being cut.

A third lesson is local authorities need to be empowered to deal with EU migration, with guidance on issues such as housing entitlements and with the necessary funding to support integration.

It should be remembered this government abolished the Migration Impacts Fund, a grant of £50 million paid for out of visa fees (not by the UK taxpayer), which channelled money to local authorities to pay for additional local costs incurred as a result of immigration.

But public attitudes are complex and there is scope for a more positive debate. Moving to such a position, however, will require that we acknowledge concerns about immigration are now inevitably intertwined with attitudes to EU membership.

19 Responses to “Bulgaria, Romania, concerns about immigration and attitudes to EU membership”