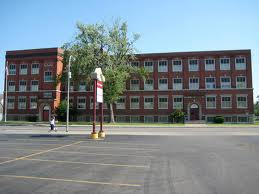 The already controversial academy school scheme has today seen more criticism levelled at it; some academies have been accused of manipulating their admissions so as to choose the kind of students they want.

As a result of a report released today by the Academies Commission (headed by ex-Ofsted head, Christine Gilbert), it was found that academies may be abusing their ability to set their own admission criteria, manifesting in a disparity in class representation at schools around the country.

Academies have been accused of “finding methods to select covertly”, including some banned by national admissions rules, including pre-admissions meetings, extra information on families and social events with prospective parents.

The report damns academies, saying that they may “fuel social segregation”. This is a blow for the education secretary, Michael Gove, who has previously stated that his education reforms (which included the expansion of the academy scheme) would “make the most of the potential of every child”.

Gove has also previously thrown criticism at Labour for a fall in social mobility under their government. No doubt it will be damaging for him to hear the report say that “the growth of academies may entrench rather than mitigate social inequalities”.

Figures demonstrates that the proportion for those children of poorer backgrounds attending academies is at less than 15%, compared with almost 17% national average.

Although introduced as a Labour policy, shadow education minister, Stephen Twigg, has today launched a tirade against the incarnation of academies under Mr Gove:

“This report highlights serious problems with Michael Gove’s management of one of Labour’s key school improvement programmes. Academies under Labour were about raising standards and this government is putting that legacy at risk.”

This is a major setback for a tenacious Tory minister, who has grand plans of reform for education in the UK, particularly one who believes his policies promote social mobility.