Carl Packman looks at what Demos actually say on cash cards in their report this morning. 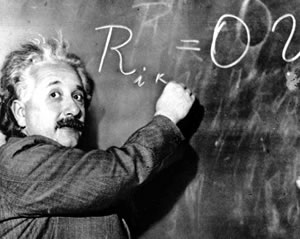 Einstein was sat on the porch of a cottage in Long Island when he first heard of how some of his discoveries led to the creation of the Atomic Bomb.

It was explained to him that an “explosive chain reaction could be produced in uranium layered with graphite by the neutrons released from nuclear fission”, to which he coyly replied:

“I never thought of that.”

It is matter of fact that creators, inventors, and even advocates of something – be it a mathematic formula or a piece of technology – ought not be held responsible for the misuse of their creation.

Less bombastically, local authorities that have started to use, to great success, electronic direct payment cards cannot necessarily be held responsible for what is planned in their name either.

When Tory backbencher Alec Shelbrooke brought forward his parliamentary bill to replace benefits with a welfare card, which would see restrictions placed upon what benefit recipients can spend their (and it is important to note it is their money) money on, we could hardly lay blame on those councils that have rolled out the card in other areas such as for personal health budgets.

Equally, with a new report (pdf) out by Demos looking at just how successful the cards have been, and what their future is, judging by the many responses it has received from critics, one would assume its authors Claudia Wood and Jo Salter are somehow responsible for their misuse. (I must hold my own hand up here and say I, too, wrongly assumed the report would project an unpalatable conclusion).

In fact the report is realistic about the non-cash society in which we already live and from some of its findings show there are a great many positive, and progressive, possibilities for the electronic payment card.

Take for example the worrying statistic 1.75 million people in the UK, acording to a report by the Financial Inclusion Taskforce, have no access to a transactional bank account (compare that to France where the figure is somewhere between 500,000 and 1 million, and Germany where it is 500,000). Note, also, that only up until recently there were no plans to offer bank accounts to undischarged bankrupts in the UK.

What a pre-paid card can do is allow previously underbanked individuals to be able to carry out non-cash transactions and start to reduce the number in the country who have no access to basic bank accounts.

A pre-paid card could also serve as a corrective to some of the more dubious interventions the coalition government have carried out to welfare and personal finance, namely with the social fund (soon to be localised) and the savings gateway (scrapped).

With the former, it could help reduce the costs of processing it, as well as all payments made through it – research company Ticon’s analysis carried out for the London Borough of Havering has suggested that “using prepaid cards for the distribution of direct payments in the area will lead to a 66 per cent reduction in administrative costs over a three-year period” – and with the latter it could instigate a new savings scheme to match the one that was scrapped (a fifth of Britons have no savings at all while a third have around £500).

To conclude, what the Demos report could have benefitted from was a note on how credit unions are already starting to issue pre-paid cards of their own. Credit union members can load money on to their cards and use them to withdraw cash, make non-cash transactions and pariticpate, in the words of ABCUL, “in an increasingly card-based economy”.

What the government could do here is seek to make payments for universal benefit, the social fund and the savings scheme via credit unions, therein highlighting their importance and relevance, while also adding this to the list of modernisation interventions that the DWP will soon be making to them.

The report is certainly more than the sum of its reactions, and the headlines it is making, and it shows concretely the prospective benefits it could have for the most vulnerable in society entering in to the non-cash world.

• “This world is a strange madhouse. Currently, every coachman and every waiter is debating whether relativity theory is correct…” – May 28th, 2010

9 Responses to “Comment: People should look beyond the headlines at what Demos actually says on cash cards”