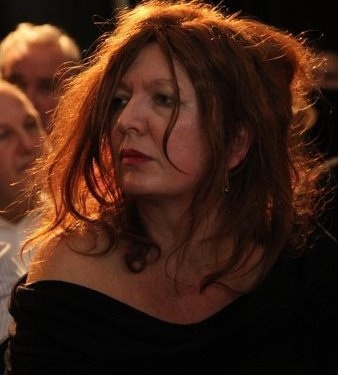 In an article featured in a new anthology, then re-printed in the New Statesman, Suzanne Moore told her readers that “the desired body for women is that of “a Brazilian transsexual”.” What then came after was a bucket load of abuse, telling Moore that she was transphobic and not a real feminist.

This desire to denote what is and is not a feminist is something that often comes up in order to throw the argument of a person with whom one disagrees into disarray. But is it always called for?

Moore’s argument, after the abuse she received for her “throwaway” line, as she described it, is that “Everything I wanted for my daughters and yours is being denied them: housing, free education, employment.” In this sense, why are we tearing blows out of each other when in fact there is something significantly more important going on in the real world?

On Twitter she noted: “Not one trans activist has engaged with economic argument or attack on welfare. Why not?”

While many are happy to sit and have very academicised debates about language and “privilege-checking”, the government is tearing down the markers of civil society. Identity is important, for sure, and Moore doesn’t care whether “you were born a woman or became one”, the difficulty that the coalition are making for women at the moment is worth an infinite amount more time than semantics.

Let us, for example, take this popular notion, championed by many today, that “my feminism will be intersectional [meaning: understanding oppression within society, such as racism, sexism, homophobia, and religion-based bigotry, as not acting independently of one another] or it will be bullshit!” I’m certain that the most committed feminists who prioritise combatting prejudice of all stripes accept that intersectionality is, at best, a bolt-on extra to feminism proper.

Feminism itself is the ability for women to resist the expectations of them in a society that is unequal. Intersectionality crowds in many other social ills that need fighting against generally speaking, but in theory runs the risk of confusing people as to what it means. If by intersectionality one means being an active participant in several fights to achieve harmony for everyone (what, say Caitlin Moran calls “Thumbs up for the six billion”) then let’s just say this.

But ultimately calling people out on their disregard for intersectionality, then advancing the argument that they are therefore not a feminist, is a peculiar exercise.

The same argument occurs when we look at “privilege-checking”, and particularly where it has been used to shun the work of Moore and Moran (calling them transphobic and then levelling the accusation at them that they are not checking their cisgender privilege – which is the privilege one has of identifying as the gender that societal norms has classified them as, for example the simultaneity of having a penis and identifying as male also).

At the heart of “privilege-checking” however is a kind of narcissism and desire to exercise guilt, which arouses a great many problems of itself. First of all “privilege-checking” assumes that we can only understand things we have direct experience of, as Tom Midlane recently put it. This just needlessly problematises solidarity and divides those who are fighting the good fight against societal injustice into blocks of oppressed and non-oppressed. The protest space is necessarily subjective, sure, but it is also a space for fighting the greater good in union.

Looking deep into one’s soul and seeking self-privilege is peculiarly individualistic and contrary to the spirit of protest.

Secondly, I suspect it only serves to underline a guilt which, stripped down, is ultimately hubristic. I’m reminded of how Pascal Bruckner defined guilt in his book on the subject, as a substitute for power for the middle class European individual in a post-empire age, or a way to appear to reverse the co-ordinates of power relations in society, when in fact the presence of guilt firmly keeps those relations in place.

In this sense guilt only divides people from the guilty (non-oppressed) to the non-guilty (oppressed).

In her defence of “privilege-checking”, Zoe Stavri claims that: “It is utterly urgent that we listen to those who we claim to be fighting for and avoid contributing to any continuing oppression.” In itself of course those fighting the good fight should listen to the voices of those who are affected most by a particular oppression, but what has this to do with the ultimately pointless self-flagellation of checking one’s self for privilege – surely it is clear to see how this exercise stems steadfastly in to an exercise of needless privileged self-pity.

Of course if you are, for example, Caitlin Moran, and neglect to privilege-check when addressing particular subjects, you can expect to be told that your feminism is not real. This is what the Vagenda editors Rhiannon and Holly were criticising when they spoke out for Moran’s popular feminism. They pointed out that:

“Achieving “intersectionality” is impossible unless you can communicate clearly, with everyone. Moran at least speaks a language that we all understand. And how many other feminists can you credit with that?”

Moran, in her book How to be a Woman, shows precisely how to make a simple feminist argument that doesn’t drift off into postmodern obscurity. In calling for women to be true to themselves she says:

“If what you read in magazines and papers makes you feel uneasy or shitty – don’t buy them! If you’re vexed by corporate entertaining taking place in titty-bars – shame your colleagues! If you feel oppressed by the idea of an expensive wedding – ignore your mother-in-law, and run away to a registry office!”

I myself am more inclined to say if reading magazines and papers makes you feel uneasy then it is time to challenge those institutions much like one would be challenging male colleagues who frequent strip clubs. But the point Moran is simply making, in her inimitably punchy and accessible way, is that in the fight for dignity and equality we must all ensure that societal expectations, based on outdated and outmoded dictation, are quashed.

Moran, in How to be a Woman, makes this essential point in another way too. While working as a music journalist for Melody Maker she came in to contact with the Riot Grrrl movement in America – a post-punk, female-dominated genre that had a message to spread about inequality and female dignity.

The problem was in how it expressed itself. The movement chose not to talk to mainstream press outlets and to distribute their literature at obscure punk shows. But Moran felt this was not reaching the right audience, such as those girls and women “in council blocks, listening to Radio 1, fantasising about New Kids on the Block.”

In this sense the postmodern feminist left does a similar thing, casing its protest in a language most are unfamiliar with, thereby ensuring it remains necessarily hierarchical.

Caitlin Moran is not only an essential feminist, to be read by experts and non-experts alike, she provides a corrective to other strands of feminist thought. Reading How to be a Woman, I realised that it wasn’t simply a popularising of Germaine Greer’s The Female Eunuch, but a correction of its flaws.

She does this by rejecting the opinion that everything has to be viewed through the grand totality of patriarchal dominance. In the same way that the cigar in a dream can often just be a cigar, not a penis, so a heel worn by a woman does not have to be symptomatic of her being at the beck and call of men – instead she may want to wear them, as Moran notes, because “they think they make their legs look thinner”.

Perhaps, one might argue, this is a consequence of the totalising effect of the patriarchal order, but the important thing to note is that this is not often how it would be experienced. What Moran is saying is that the intention and the act of wearing a heel has very often been called out erroneously by feminists such as Greer, and it is a critique that is not necessarily useful looking at it today.

Inherent to dismissing Moran and Suzanne Moore as un-feminist is snobbery, followed by a desire to academicise the real lives of women living in an unequal society, and to maintain the differentiation between oppressed and non-oppressed via the vehicle of narcissistic guilt. My own feminism does not share this desire, and my feminism will be egalitarian or it will be bullshit!

44 Responses to “Comment: On Feminism and the Suzanne Moore Controversy”