IPPR's Tony Dolphin offers his outlook for 2013 and damns the lack of vision on the part of the coalition's economic plan for the year ahead. 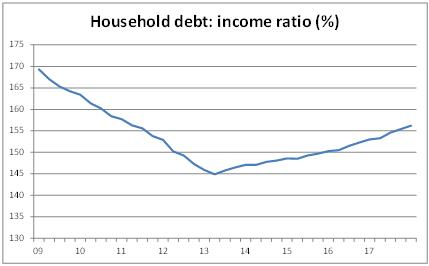 A year ago I suggested “economic policy has become a matter of hoping that something turns up – and that is why, for the UK economy, 2012 is unlikely to be a happy new year”.

Thinking about prospects for 2013, it seems that time has stood still for the last twelve months and the same conclusion still holds. Policy-makers appear to have little idea how to boost growth in the economy and are left hoping that the news will get better.

In December 2011, most economists thought 2012 would be a year of weak growth, falling inflation and rising unemployment. They were broadly right about inflation, but badly overestimated both growth and unemployment.

The latest forecasts show economists once again are forecasting weak growth, falling inflation and rising unemployment. The risk is that they are still too optimistic about growth, but that – unlike in 2012 – they will be right about unemployment going up.

There should by now be few who doubt that the biggest problem facing the UK economy is a shortage of aggregate demand. Consumer spending is increasing at a sub-par rate because wages are growing less rapidly than prices and households are choosing to reduce their debts. Export growth has tailed off badly because the UK’s main market – Europe – is back in recession. The government is cutting its spending on goods and services. And businesses, although in aggregate they are sitting on large cash piles, are reluctant to spend until they see more demand for their products.

The text book solution to a lack of aggregate demand is to ease monetary policy, and if that is ineffective, to ease fiscal policy too. Monetary policy has certainly been eased in the UK; interest rates are at record lows and the monetary policy committee has pumped £375 billion into the economy through its programme of quantitative easing. But its effectiveness is clearly waning. Sterling has appreciated by 3.5% on a trade-weighted basis since the start of the year – a sign of tighter monetary conditions. Meanwhile, banks need to rebuild their capital ratio, which means a key transmission mechanism for monetary policy – increased bank lending – is blocked.

Fiscal policy is, however, not being eased; it is being tightened, taking demand out of the economy because the government remains committed to deficit reduction. As an alternative, it has come up with a number of schemes to increase lending to the private sector, most recently through ‘Funding for Lending’ and through the ‘British Business Bank’. At the margin, these will probably be positive for growth but they will not, on their own, turn the economy around.

Growth therefore depends on something turning up. This is literally true in the case of the latest forecast from the Office for Budget Responsibility (OBR), which sees growth of 1.2% in 2013, followed by 2.0% in 2014 – in line with the consensus. In the absence of strong real wage growth, the OBR’s forecast for consumer spending, and therefore for real GDP, requires an increase in household debt, commencing in the middle of 2013; this would be a significant change from the trend of the last four years.

Years of experience have taught me to be very suspicious of economic forecasts that rely on a change in trend like this one, unless there is a very good reason behind it. In this case, it is not at all clear why households should suddenly decide to bring debt reduction to an end. The level of debt is still high, relative to the UK’s history (and to debt in other major economies), interest rates cannot go any lower and real income growth will be sluggish at best (and could be negative again following the recently announced increases in domestic energy prices), meaning consumer confidence is likely to remain depressed. Most importantly, since most debt acquired by households is in the form of mortgages, the housing market is likely to remain moribund until prices are more clearly cheap.

Barring an unexpected resolution of the Eurozone crisis, or an even less likely change of heart from the government on fiscal policy, the risks to UK growth forecasts are, therefore, firmly tilted to the downside.

How this plays out politically will depend, to some extent, on what happens to unemployment. In 2012, the double-dip recession did less damage to the credibility of government economic policy than it might have done because employment increased and unemployment fell by more than expected. Few economists expect the government’s luck in this regard to hold. The consensus forecast (for the claimant count measure of unemployment) sees it rising by about 60,000 during 2013; the OBR thinks the labour force survey measure will go up from 2.5 million in the third quarter of 2012, to 2.7 million a year later, and stay at this elevated level until 2015.

The best way to describe the outlook for the UK economy is ‘uncertain’. Unfortunately, uncertainty is not just a useful description; it is a key determinant of the outlook. Fluctuations in the economy are generated by governments, companies and individuals interacting and trying to deal with uncertain futures. The risk in 2013 is that all the talk of years of austerity at home and continuing crisis in Europe creates a huge amount of uncertainty, which will dampen animal spirits to such an extent that the economy fails to grow again.

11 Responses to “Happy New Year! And here’s the coalition outlook for 2013: grim with no plan for growth”