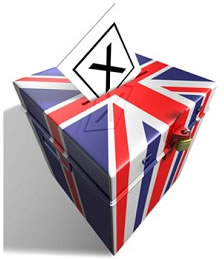 At the mid-point of the parliament a narrow majority of voters say they want a general election before 2015, according to a new Survation poll (pdf) commissioned exclusively by Progressive Polling.

While there are strong calls for an early election from those who voted Labour in the 2010 election (75%), they are also joined by 56% of people who voted Liberal Democrat, 30% of those who supported the Conservatives and 72% who voted UKIP at the last election.

This could suggest women may be more likely to want to give a swift verdict on the coalition government.

Although the coalition parties passed legislation to require a 66% Commons threshold to seek to dissolve parliament before May 2015, there is already press speculation the Coalition may not last until 2015 and calls for an earlier election could increase. Today’s poll shows many voters would prefer for this to happen sooner rather than later. It is a question we will continue to track.

This is also a view shared across all regions and devolved nations including the south east where Labour is most underrepresented in parliament. Here in this region, 58% blamed the banking sector, 30% blamed the last Labour government and 11% said previous Conservative governments were most responsible.

Despite both coalition parties frequently attempting to pin responsibility for the country’s economic crisis with their Labour counterparts, it seems the public take a different view four years on since the crash. Today’s poll finding should give Labour some confidence in defending its past record while at the same time encourage greater focus on reforming the banking system and outlining safeguards for the future.