The government's decision to stop aid to India is the latest instalment in a history of ignoring India. 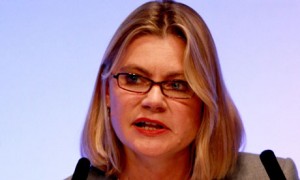 The decision on Friday to withdraw UK aid to India beyond 2015 reveals a Secretary of State for International Development who is more concerned with the whims of her own MPs and the right-wing press than the wants of one third of the world’s poorest people.

It once again highlights the weak leadership, low ambition and poor vision that has come to characterise this government’s approach to development.

Friday also saw the OECD announce India, already a $1 trillion economy, may surpass the US over the long term – but they also predicted that, on current trends, the average Indian will still be four times poorer than the average Briton a full 50 years from now.

The Indian government must do more to share the proceeds of the country’s rapid growth. The governing Indian National Congress may not be our sister party but they are progressives and deserve credit for their Right to Education Act, their Rural Employment Guarantee social protection programme and for drawing up plans for a universal health care system based on our own NHS.

But to reduce India’s staggering inequality and ensure universal access for all, these programmes must be properly financed and comprehensively implemented.

Social Democrat-run Brazil demonstrates what can be achieved when a proper taxation system is established – their Bolsa Família social protection programme has cut the number of Brazilians living in poverty in half.

The Indian government must take the lead – but international partners including Britain could help provide useful technical assistance.

Whilst it is welcome Justine Greening is proposing such assistance, their values may get in the way of what is needed. Indian efforts to increase their tax base will hardly be helped by George Osborne’s decision to water down the UK’s anti-tax haven rules in this year’s budget – something ActionAid estimates will cost developing countries as much as £4 billion a year.

And their aversion to the public sector has seen them halve our funding for budget sector support – the very aid that helps countries build their own health and education systems by giving them the funds required to recruit and retain teachers, doctors and nurses – and one of their first acts in government was to axe Labour’s proposal for a Centre for Progressive Health Care Financing that would have supported poor countries to achieve universal access to health care.

Worst of all, as a panel of experts commissioned by Indian prime minister Dr Manmohan Singh has been drawing up proposals for a universal health care system modelled specifically on our own NHS, DFID India has been nowhere to be seen.

As the mother of all universal health care systems, there could surely be no better moment for Britain to offer technical expertise – and our government’s continued unwillingness to help is truly reprehensible.