The UK has fallen behind the rest of Europe in the battle to purge the scourge of payday lenders and violent loan sharks. 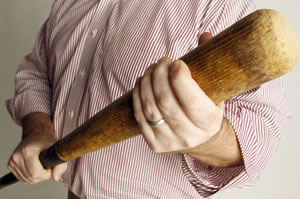 The Financial Services Bill, now in its report stage in the House of Lords, is the subject of much heated debate to decide what amendments, if any, to the bill will be carried over.

One of the amendments, introduced by Lord Parry Mitchell, seeks to give power to the Financial Conduct Authority (who will have control of the regulatory architecture pertaining to payday lenders next year, taking over from the Office of Fair Trading) to determine a maximum total cost for consumers of a product, such as a payday loan.

To consumers in the UK this is compelling stuff, but to our neighbours in Europe this seems very trivial. As it has been noted before by ‘End the Legal Loan Sharking’ campaigners, Britain is one of the only countries in Europe which does not have a cap on lending rates.

In countries such as France and Germany – which along with the UK have the largest national consumer credit markets in the EU – rates are capped at anywhere from 15 per cent to 200 per cent.

What has been said about advancing a cap, particularly with regards to the UK, is it will drive out payday lenders, only to hand their customers over to a totally unregulated swarm of illegal loan sharks, who wield baseball bats and charge anything up to 100,000 per cent. However, research is stacked against this contention.

Damon Gibbons from the Centre for Responsible Credit, in the CRC’s new report on moneylenders in Japan, claims the Money Lending Law of 2006 – which introduced a comprehensive package of measures such as curbing excessive lending, fair pricing for credit, and consumer protection from loan sharks – was confirmed by the Japanese government to have been successful in reducing illegal loan sharking.

Though some lenders have themselves been unable to operate given fairer restrictions under the law, this has not boosted illegal lending.

While the number of borrowers did not reduce as much as expected in the years after the introduction of the law, the volume of loans has reduced to positive effect, bringing down the number of bankruptcies with it.

No evidence can be found to support the argument capping credit is bad for economic growth, which is put forward by some advocates of the payday market in the UK. In fact the opposite may be true, given a decrease in over indebtedness will influence the building up of savings and investment.

Furthermore, work carried out in 2010 by Professor Dr. Udo Reifner, Sebastien Clerc-Renaud, and RA Michael, for the European Commission, found no convincing evidence to back up the argument introducing interest rate ceilings leads to a growth in illegal lending “or would force people into arrears and default on bill repayments”.

In fact it is found in the same report that in spite of the fact the supply of credit in France and Germany is not as abundant as in the UK, this has not been matched by an increase in illegal lending.

This should give policy makers in the UK at the Department for Business, Innovation and Skills (who are due to publish a new report by the Personal Finance Research Centre at the University of Bristol), pause for reflection before suggesting the credit market needs no change.

Banking for the less-well-off appears to fall down in the UK compared to its European counterparts, too. Around 1.75 million UK adults go without a transactional bank account, whereas in France that figures is between 500,000 and 1 million, and in Germany 500,000.

In the UK, there are 7.7 million accounts without credit facilities, nearly four times the number of Germany (2 million at the end of 2006) and France (2.1 million in 2008), while 9 million people cannot access credit from mainstream banks in the UK, as opposed to around 2.5 million in Germany and between 2.5 million and 4.1 million in France.

The UK Treasury has no intention of changing the service an individual can receive on a basic bank account and yet, when around 43 per cent of British households experience financial difficulties with their household bills or credit commitments, we wonder why there is a growth surge for the payday lending industry in the UK (where 60 per cent of the customer base regret taking a loan out).

The evidence is there to see that setting a price ceiling on the cost of credit – provided there is a form of credit available for those who are less well-off – does not indirectly lead to a surge in illegal lending. And yet that excuse is what the current UK government hides behind.

Unless this attitude shifts, the payday lending industry will continue to prey, legally, on the vulnerable.