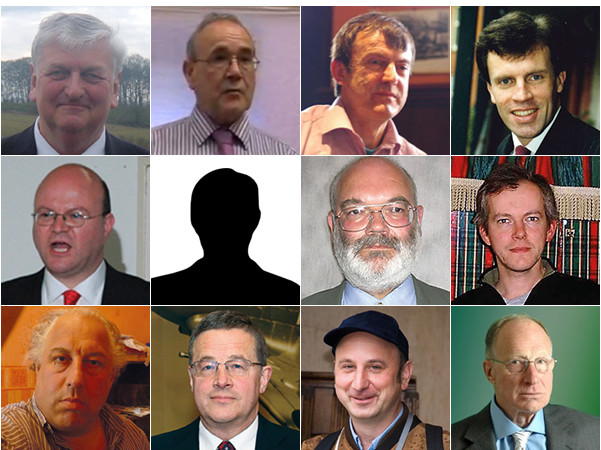 Hope Not Hate broke the news of the formation of the “True Brits” party over the weekend, revealing:

The new party will include some of Britain’s most hardline racists, antisemites and Holocaust deniers. It will be BNP mark II but even more toxic. It will be TB in name and equally dangerous.

The new party will be led by Peter Phillips, a former BNP member who in 2006 stood for election as President of the Royal Institute of British Architects. Andrew Brons will become its President. Newcastle-based Kevin Scott is acting as the Secretary of the Steering Group and Andrew Moffat and Ken Booth its deputy chairmen.

Around them will be former BNP organisers and activists, people drawn from small and hardline groups such as England First and the Democratic Nationalists and a number of former National Front activists who were prominent in the 1970s and 1980s.

The new party will include some of Britain’s most hardline racists, antisemites and Holocaust deniers. It will be BNP mark II but even more toxic. It will be TB in name and in nature. Its strength will initially be in the North East, Yorkshire, East Midlands and London, though it is likely to quickly attract other disillusioned BNP members from across the country.

Britain’s most hardline antisemites and Holocaust Deniers will be joining True Brits. These include Peter Rushton and Bob Gertner. It was Gertner, together with Phillips, who registered the party with the electoral commission.

The split and formation of a new far-right party is the latest blow to BNP leader Nick Griffin, reeling from fraud allegations, criminality, electoral wipeout and his Question Time disaster, following his peak in the 2009 European elections in which himself and Brons were elected.

Their incompetence, however, shouldn’t engender complacency – the BNP and their fellow fascists are still very much alive, dangerous and threatening, day in, day out, in communities across the country.

Here are Hope Not Hate’s profiles of the leaders of “True Brits”:

Despite his attempt to reposition himself as the elder statesman of “British nationalism”, Andrew Brons, a quiet, grey haired former college lecturer, has a long track record of racist political activism stretching back over four decades. A man with a long nazi pedigree, in 2009 Andrew Brons was elected as MEP for Yorkshire and The Humber when the BNP polled 9.8%. Brons will become the president of True Brits.

There’s much more on Brons from Hope Not Hate here.

Phillips will become the leader of True Brits. A Surrey-based architect, Phillips attracted media attention in 2006 when his political affiliations became known during his candidacy for the presidency of the Royal Institute of British Architects (RIBA). In 2010 he was the BNP’s parliamentary candidate in Windsor, though soon after he was suspended from the party by Nick Griffin and became involved in the BNP Reform Group.

In addition to his former BNP allegiances, Phillips was known within RIBA circles as having “particular unpleasant views on the abilities of women”.

Booth was the North East organiser in both the NF and later the BNP. He once described Auschwitz as being comparable to “Disney Land”, refusing to believe the “official figures” of those who died in the Holocaust and did not recognise the “authenticity” of the buildings at Auschwitz.

A former National Front member who was booted out of the Army in 1980. He was once David Irving’s political secretary and has remained close friends with former NF National Activities Organiser Martin Webster. He stood for UKIP in Beaconsfield in 2001, finishing in last place. He later joined the BNP, becoming the BNP’s economic spokesman and became Andrew Brons’ close political assistant, running his Brussels office.

A former member of the Monday Club, Tory Action and London Swinton Circle, Davies has flirted with the extreme far-right in this country since the 1980s. In the 1990s he joined up with some BNP rebels to form the Freedom Party. A barrister by trade, Cambridge-educated Davies has registered a new political party in April 2011 in what would appear to be a premature move to align with Andrew Brons’s rebels. Davies was personal secretary to the Holocaust denier David Irving during the early ‘80s.

In 1983 Davies was sharing a flat with Italian neo-Nazi Roberto Fiore, and Michael Walker editor of Scorpion magazine.

Stephen John Brady is a veteran nazi and former Vice-Chairman in the National Front. He has also been linked to the Loyalist paramilitary group, the Ulster Defence Association. He was also a founder member of the hardcore nazi group the League of St George in the 1970s and became its international liaison officer. He once described the Italian fascist Ordine Nuovo as “basically neo-fascist urban guerrillas whose main activities are machine gunning Red marches, blowing up Red offices, car bombing of Reds, assassination of leading Reds and good clean fun of that sort”.

Brady is arguably Brons’ closest political ally though he may prefer to play a more private role in True Brits, like he has done over the last few years with the BNP.

Former Bradford BNP councillor and now leader of the Democratic Nationalists. He studied archaeology at Cambridge University and later went on to teach and research at Bradford, Lancaster and Sheffield Universities. Lewthwaite was exposed in 2004 as a publisher of books which glorified Hitler and Nazi Germany.

Lewthwaite has been pushing hard for Brons to form a new party for some time.

is one of Britain’s leading Holocaust deniers and has links to nazi groups across Europe and antisemites in the Middle East. He was previously involved in the BNP but was expelled by Nick Griffin in 2002. He is currently deputy editor of Mark Cotterill’s magazine Heritage and Destiny and regularly speaks at National Front, British Movement and RVF events.

Former Bradford Conservative, Winters was once an active anti-fascist and even attended Trades Council meetings. He left the Conservative Party after being imprisoned for fraud. Winters is now involved with James Lewthwaite’s ‘Democratic Nationalists’ and has written extensively about the need to establish a new ‘nationalist’ party.

A former chairman of the National Front, he was jailed for 90 days in 1984 for refusing to pay a fine after being convicted of distributing literature likely to stir up racial hatred. He joined the BNP in 2001 and became editor of the party’s newspaper. He is currently Andrew Brons’ communications officer. Wingfield is also closely linked to Steve Brady.

Gertner registered True Brits with the electoral commission along with Peter Phillips in November 2011.

One of Britain’s most hardline national socialists and Holocaust deniers around, Edmonds joined the National Front in the early 1970s before moving over to the New National Front in 1980 and then becoming a founder member of the BNP in 1982. Always a close confident of John Tyndall, Edmonds is a unreconstructed nazi. During the 1980s and 1990s he produced Holocaust News, a tabloid newspaper which denied the Holocaust.

Today, he is still a vocal Holocaust denier and is closely linked to hardline Nazis across Europe. At the end of May 2011 Richard Edmonds was planning to challenge Griffin for the leadership of the BNP but stood down in favour of Andrew Brons.