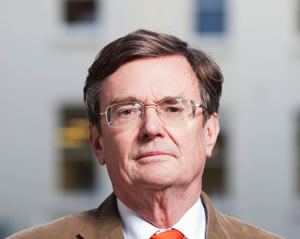 Lord Oakeshott has called for the role of the stock exchange to be re-evaluated to tackle the “grotesquely large” gap between top corporate pay and the salaries of the rest of the workforce.

Speaking at yesterday’s TUC ‘After Austerity’ event, the Liberal Democrat peer accused some FTSE 100 companies of using the system like a casino – and urged them to examine the “moral” dimension of their decisions.

“The point of the stock exchange is to raise money for companies for productive investment. Certainly it’s there to make a profit but also to allow companies to grow and to employ people.”

He went further, saying it was right to question the capitalist economic model, but did add:

“I happen to think it’s better than the alternatives as long as it’s done in a responsible and controlled way.”

Oakeshott also honed in on the make-up of remuneration boards, criticising the habit of chief executives of different companies setting each other’s salaries.

Pointing to Germany and Norway as examples of economies with better models, he added:

“They weigh through each other’s packages and in particular there is a really pernicious system of these remuneration consultants who are there, paid by companies, and know exactly what answers the executives want to hear.”

It is estimated almost half of FTSE 100 remuneration committee members are either serving or former FTSE 100 executives.

Oakeshott added public pressure – like that we’ve seen on tax avoidance – could lead to changes in the system.

Featuring on the panel alongside Oakeshott were TUC general secretary-elect Frances O’Grady; Simon Walker from the Institute of Directors; and investor David Pitt-Watson.

There was agreement amongst the speakers on the urgent need to tackle the pay of executives, but Walker argued for “shareholder activism” rather than government intervention. He said a bigger problem than high salaries was the lack of accountability for failure.

O’Grady – who said there was no evidence performance-related pay led to better performance – argued in favour of a bigger role for worker representatives on remuneration boards.

Pitt-Watson urged caution against simply calling for increased transparency in executive pay because he said a huge improvement on that front over the last 30 years had not brought results.

And Oakeshott said company boards in the UK had “gone backwards” on becoming more representative of the workforce and their client base, pointing in particular to a lack of women in top positions.