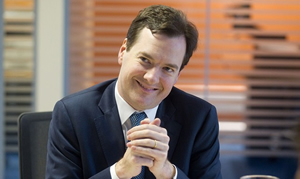 There was plenty of good news on the UK economy over the last few months.

The UK has emerged from double dip recession after provisional estimates of GDP growth showed the economy expanded by 1 per cent in the third quarter. This follows three consecutive quarters of contraction.

Employment also continues to improve, with 212,000 newly created jobs added in the three months to August. This breaks down into 88,000 more full-time workers and 125,000 more part-time workers.

The squeeze on household incomes relaxed further as inflation fell to 2.2 per cent in September, moving even closer to the Bank of England’s 2 per cent target rate – yet CPI has risen in October to 2.7 per cent.

Despite these positive signs suggesting the economy is on the path back to recovery, the UK still remains fragile and commentators are unsure the UK will experience such a strong growth rate again anytime soon. Consumer confidence has dipped for the first time since March, primarily because people remain insecure over their financial situation. Also most industries are still battling a weak economic climate as the October CIPS survey has shown.

The UK came out of its recession in the third quarter of this year. The preliminary estimate of real GDP put growth at 1 per cent, the highest growth rate in almost five years. This is welcome news for the government who have spent most of the year trying to revive a struggling economy. In particular, this is especially welcome news for the chancellor ahead of the autumn statement.

Following the provisional figures, George Osborne will now be in a more secure position to deliver the statement against a backdrop of a growing economy.

Each year the autumn statement provides a platform for the chancellor to update parliament on the state of the economy and the public finances following the latest forecasts from the Office for Budget Responsibility. In this statement, the chancellor is expected to have to announce he will not achieve his target of reducing the debt-to-GDP ratio by 2014-15. He will also probably announce a series of new measures to further stimulate the economy in order to secure increasing economic prosperity.

Despite the recent positive economic growth, measures to boost the economy remain of critical importance as the recovery remains fragile particularly with manufacturing, and export performance continuing to struggle and confidence still down. In fact many commentators including the Bank of England anticipate little to no growth in the final quarter of the year.

Following the autumn statement the government will likely face harsh criticism in some quarters for not deviating from its austerity measures. Even the IMF, one of the biggest advocaters for fiscal contraction, has toned down its support for the chancellor’s position.

Preliminary GDP estimates show the UK economy has emerged from the recession with the strongest growth rate in close to five years. However, most of the growth is explained by one-off measures – the Olympic Games and the ‘bounce-back’ from the extra bank holiday in Q2. Ticket sales from the Olympic Games may have contributed close to 0.2% of GDP.

Therefore there remain areas of concern but on the whole this is welcome news as employment has been rising over the last several months with the private sector employing enough extra people to offset public sector job losses.

Unemployment drops from 8.1% to 7.9% in the latest three months:

Despite the welcome improvement in unemployment, the number of long term unemployed continued to rise by 13,000 to 897,000, more than a third of the total number of unemployed people, the worst since 1996.

Over the short term, the onset of autumn has led consumers to buy winter clothes and back to school uniforms, boosting sales volumes by 0.6% over the past month. Over the past year the volume of goods has risen by 2.5 per cent, and the value of sales has also increased by 3.2%.

However, since 2008 the volume of goods purchased by consumers has remained relatively flat, with an increase of 2.6% over the four-year period. In contrast, over the same period the amount spent on goods has increased by 13.8 per cent. This suggests people have had to spend more to consume relatively the same volume of goods.

Consumer confidence fell in October, the first time since March. This suggests people are still cautious about their finances. The dip in confidence highlights the fragility of the recovery.

Manufacturing output performance remains inconsistent, with a drop in output of 1.1% in the latest month following a 3.2% boost in output in the month of July. This poor performance was experienced across most sectors, as output dropped in 10 out of 13 manufacturing subsectors. Most of the downward pressure on output was a result of the manufacture of transport equipment, which fell by 4.5%.

The purchasing managers’ manufacturing survey shows conditions in the industry continue to deteriorate after a fourth consecutive contraction in October. Weak demand experienced both in the UK and abroad – alongside increasing costs – have led to worsening conditions for manufacturing. Similarly, the construction index continues to struggle despite a marginal improvement to 50.9 – a moderate expansion.

However, new work in construction dropped for the fifth month running. The service sector weakened in October, with the index dropping to a 22-month low of 50.6, falling from 52.2 in September. This was much lower than expected.

Consumer price inflation rose to 2.7% from September to October – having fallen from 2.5% in August to 2.2% in the previous month. The ONS say the increase was fuelled by education costs, largely because of a sharp rise in university tuition fees. Food prices also rose over the month, with price rises seen in some fresh food, including grapes and bananas.

Total pay in the latest three months has risen by 1.7% compared to the same period last year, while regular pay is up 2.0%. Both types of pay are closer to the rate of inflation, relieving some pressure on household spending.

The volume of exports is down by 4% on the latest month, and down by 1.2% on the latest three months. The drop in exports in August has been primarily due to a fall in goods exported to non-EU countries, equivalent to roughly £1 billion. The underlying trend suggests export performance remains weak.

The level of public sector net borrowing for September was £12.8 billion – £0.7bn lower than in September 2011. Public spending for the first six months of the financial year has been revised down to £65.1bn.

Despite the downward revision the OBR said:

“There continues to be significant uncertainty around the prospects for full year borrowing.”