With Boris Johnson calling for a London-wide education authority, Tom Copley demands justice for those let down by the GCSE system. 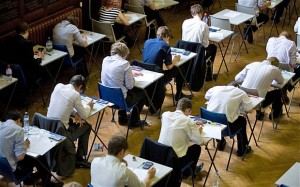 Tom Copley AM is a Labour Party member of the London Assembly and sits on the Economy, Housing and Regeneration, and Transport committees

With the Mayor of London Boris Johnson calling for a London-wide education authority, the London Assembly has urged the Mayor to speak out about the recent scandal affecting our young people. The students who took their GCSE English exams this year have been grossly ill-treated.

In an effort to seek justice for those children who have been unfairly affected by this misconduct, last week the London Assembly asked the Mayor to make urgent representations to the education secretary Michael Gove on behalf of London’s students who missed out on a Grade C in English.

Earlier this year, GCSE English exam papers were marked more leniently then the exam papers from students who took their exams during the summer. What seems to have been ignored is how greatly this affects the future of these young people.

Boris recently declared at the Conservative Party Conference that “we need look at what is happening in our schools”, and has launched a year-long education inquiry from City Hall into the “four in ten of London’s school children [who] do not achieve the level [of GCSEs] needed for good life chances”.

It would be praiseworthy indeed if we could improve students’ performances across London in the next decade. For now, what we can do is fight for students who have been the victims of this travesty. And as the Mayor of the UK’s biggest city, Boris could publicly denounce Ofqual’s decision to change the C/D boundary for English GCSEs mid-year, which has had disastrous consequences.

All exams should be rigorous and no student should get an easy ride. However, I think it’s unreasonable for there to be an arbitrary grade boundary which changes halfway through the year. It sends out the wrong message to students, who have toiled over mock exam papers, mind maps, scrawled in the margins of well-thumbed books, to be told the goalposts have been moved.

To say that the students affected by this shambles now distrust the ‘system’ is an understatement.

They feel letdown, upset and in the worst case scenarios have had to give up on their plans to go to college or change the qualifications they were going to study. GCSEs are used as a benchmark by employers and colleges.

Given the Mayor’s new interest, Boris should speak out for the students who have been failed so badly by these events.