Scotland’s health secretary has hinted an independent Scotland should consider reducing the time limit in which women are allowed to have an abortion. 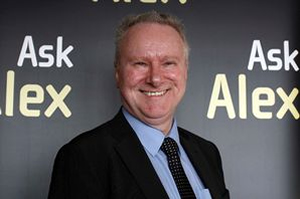 Scotland’s health secretary has hinted an independent Scotland should consider reducing the time limit in which women are allowed to have an abortion.

Speaking just a day after UK health secretary, Jeremy Hunt, used an interview with The Times to outline his personal belief the abortion limit should be reduced from 24 to 12 weeks, his Scottish counterpart, Alex Neil, has given an indication he would also prefer a reduction in the limit – though not necessarily to 12 weeks.

“I do think there is a case to be had for a reduction from 24 weeks, but I don’t know if 12 weeks is realistic, frankly. But I do think there is now a case, given the state of medical science and the fact that babies do survive from an much earlier stage in the pregnancy.

“I do think there is a case for looking to bring down the number of weeks, but that is a personal opinion.”

Arguing the limit needed to be based on medical and scientific evidence, Neil went on to explain:

“There has to be evidence on the right way to go.”

• In 2011, the rate of abortions continued to show a clear link with the level of deprivation – in areas of high deprivation the rate is 16.0 per 1000 compared to 8.5 per 1000 for the least deprived areas of Scotland;

The cabinet minister’s remarks come after Alex Salmond as far back as 2007 argued he would support the establishment of a commission to look at abortion, arguing in the process he felt the abortion limit should be reduced from 24 to 20 weeks.

In Wales, meanwhile, health minister Lesley Griffiths has sharply criticised Hunt’s remarks, declaring they are not in “the best interests of woman in Wales”.

“I’ve read Jeremy Hunt’s remarks about reducing the time limit and this is something that I cannot countenance as being in the best interests of woman in Wales.

“Should the UK government make any formal proposals to change the law, I will be strongly opposing such a move.”

4 Responses to “The abortion debate: Where do Salmond and the SNP stand?”