School sport: new regulations come in to force on Wedneseday which get rid of the requirement on all schools to have decent sized playing fields. 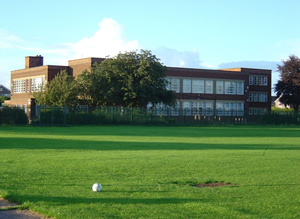 Barely two-and-a-half months after the Games ended, with all the talk of Olympic legacies, inspiring a generation and loving sport from the likes of David Cameron and Boris Johnson, the true Tory legacy from the summer of Gold continues to unravel, as public memories fade, the clocks go back and winter’s chill sweeps the nation.

This Wednesday, the latest Tory assault on sport for all sees the scrapping of the requirement on all schools to have decent sized playing fields. At present, all schools must have big enough sports fields so pupils can play team games regularly.

The grassed area of team game playing fields provided for any school shall be such that it can sustain the playing of team games thereon by pupils at the school for 7 hours a week during school terms.

With the minimum total area for team game playing fields determined by the number of students, varying from 5,000 to 75,000 metres squared.

Now, however, the School Premises (England) Regulations 2012 (pdf) merely suggests “suitable outdoor space” must be provided, a watering down of the requirement to provide space for sport that follows the Tory government’s scrapping of the two hour PE guarantee; the scrapping of School Sport Partnerships; and the selling of by Michael Gove of ever more school playing fields.

“Instead of building the positive Olympic legacy the public wants, David Cameron is doing the opposite and making it much harder for young people to get involved in sport.

“We need our schools to have the best possible sports facilities so that we encourage a new generation of Olympic athletes, and healthy and active young people. By telling schools they no longer need proper playing fields the government is letting down our young people…

“All pupils should have access to playing fields, regardless of where they go to school. David Cameron said he wanted to ‘spread privilege’ in education – he should show he means it by reversing this decision before even more damage to school sport is done.”

In the prime minister’s two-nation Britain, some schools have 12 squash courts, 20 tennis courts, an indoor and outdoor swimming pool, four cricket fields, a nine-hole golf course, an Olympic rowing lake, and two hours of sport a day… And for everyone else’s kids? No minimum PE time, no minimum playing field size, and in many cases, no playing field at all – that’s the real Tory Olympic legacy.