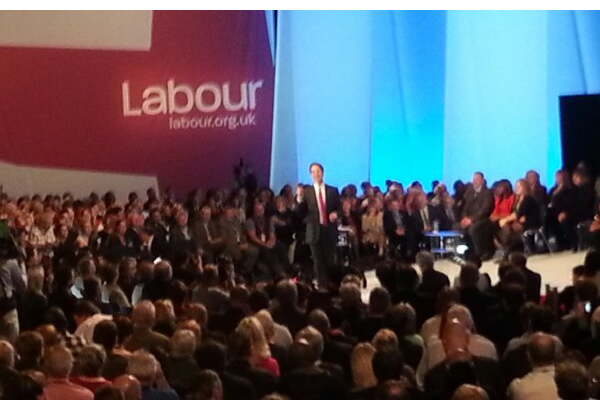 One Nation is absolutely the right framing for Ed Miliband. In a single phrase the Labour leader has set out a positive vision for Britain, projected a division with the Tories on their own turf and set out a challenge to the Labour Party.

Miliband set out his vision, aping Disraeli, as:

“A vision of Britain where patriotism, loyalty, dedication to the common cause courses through the veins of all and nobody feels left out, it was a vision of Britain coming together to overcome the challenges we face.”

This is clearer and more positive than anything he’s said before and builds on the optimism in Britain following the summer Olympics. It will help address head on poll findings that voters think he lacks a clear sense of the Britain he wants to create.

By borrowing language more closely associated with the Tories, Miliband sought to make himself the heir to a popular tradition of Conservative thought in a similar way to Cameron audaciously painting himself as the “heir to Blair”. In doing so Miliband set out a clear dividing line with the Tories in a subtler way than Gordon Brown, his former boss, could have managed.

This dividing line, surely the theme of the next two-and-a-half-years, is that the government is out of touch and unable to understand the plight of millions of families up and down the country who are seeing energy, petrol and transport prices increase while their salaries stay flat or fall. Osborne’s 50p tax cut has given him the perfect example to support this narrative even if Miliband may get a little flak for claiming all millionaires will get a £40,000 tax cut (it will only be those who earn a million).

Finally, the One Nation theme sets out a challenge to the Labour party. Miliband was explicit Labour had to be the party of the south as well as the north, the party of the private as well as the public sector, and not representative of a single sectional group. That is pretty transparent code a “core vote strategy” is not what he sees as the path to power. His appeal directly to the people who voted for Cameron last time around shows he understands Labour cannot win a majority on disaffected Lib Dems alone.

The only criticism that can be levelled at Miliband is he didn’t address the fiscal crisis Labour will inherit because of the double-dip recession – but his shadow chancellor touched on this yesterday as he himself has done in other speeches.

He will need to come back to this as the election approaches, but if he does that and can make the One Nation theme sing on the doorstep, he may find himself on the steps of No 10.