Not increasing benefits by 2.2 per cent in April next year would be wrong and more evidence we are most definitely not all in it together, writes Tony Dolphin. 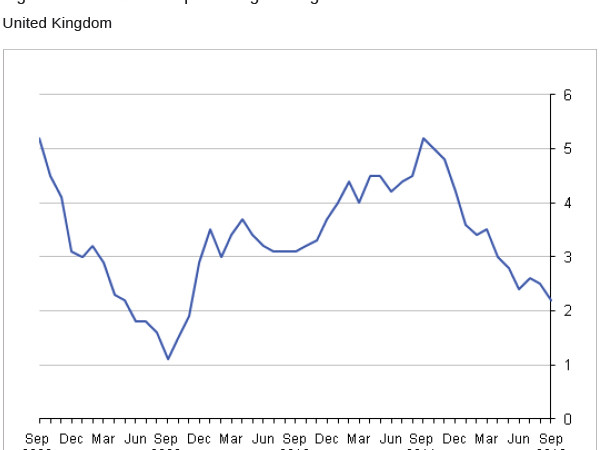 UK inflation has fallen to its lowest level in almost three years according to figures (pdf) released today by the Office for National Statistics. Consumer prices in September were 2.2 per cent higher than they were a year earlier.

This is good news for cash-strapped households, though the rate of price inflation is still above the rate at which average earnings are increasing. In the latest three months (to July), earnings were up just 1.5 per cent, so the purchasing power of the average household is still being squeezed.

The good news might not last very long. In recent days, four of the ‘big six’ energy companies have announced increases in gas and electricity prices of 6 to 9 per cent. Food prices are also likely to increase sharply in coming months as a result of poor harvests across a number of regions.

Inflation will also be boosted by this year’s huge increase in university fees (though obviously this only affects a small number of households).

Lower inflation is good news for the chancellor. September’s inflation figures are normally used to uprate a range of benefits, including Jobseekers’ Allowance and income support. The Office for Budget Responsibility had projected an inflation rate of 2.6 per cent for September, so the actual rate of 2.2 per cent means welfare spending will be a little lower than expected in 2012-13.

The chancellor could use the money saved for a modest giveaway in the Autumn Statement, or – by not spending it – to bring down the projected level of borrowing next year (the OBR is likely to revise up its borrowing forecast for 2012-13 in its Autumn Statement forecasts).

However, there have been rumours the chancellor is planning not to uprate some benefits in line with inflation. In particular, Jobseeker’s Allowance might only be increased in line with average earnings because, he is said to believe, it is wrong for those out of work to see a bigger increase in their income than those in work.

If this reflected a move to align benefits with average earnings in the future, it would be a welcome move. In the vast majority of years, average earnings increase by more than prices and increasing benefits in line with prices means the relative income of benefit recipients declines over time.

However, this is not the chancellor’s plan; it would add to the benefit bill at a time when he is looking to cut it by £10 billion. Rather, uprating some benefits in line with earnings would simply be an opportunistic move to make a cut in the welfare bill.

The coalition’s deficit reduction plan has been comprehensively blown off course by the double dip recession. If George Osborne chooses not to fully index benefits in line with today’s inflation figure, some of the poorest in society will suffer as a result of his attempt to get it back on course. Those on low incomes spend proportionately more of their incomes on essentials than the average household and will be hit hardest by forthcoming large increases in food and energy prices.

Not increasing benefits by 2.2 per cent in April next year would be wrong and more evidence we are most definitely not all in it together.