Tentative GDP figures draws our attention to the fall in wages and its impact upon union rights, writes Tony Burke. 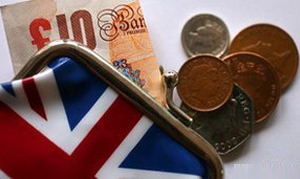 Anyone browsing the news last week could be forgiven for wiping their brows and saying: ‘Phew! Well, that’s it – the recession’s over!’ The one percent growth in gross domestic product figures looked good, but on closer examination it was merely a blip northwards.

Whilst welcome, the reality is the 1% included an ‘Olympic bounce’ through ticket sales – a total one off. Analysts also suggested the extra bank holiday contributed 0.5%, putting real economic growth at 0.3%. In fact the 1% increase means the UK’s growth was flat for 2012 and many analysts warned living standards would continue to fall.

Plus of course the positive figures were overshadowed by the ‘Ford Effect’ with the announcement of more than 1,400 job losses in the skilled manufacturing sector at Southampton and Dagenham.

As Unite pointed out, the growth is centred in and around the M25 and in the service sector. Not in manufacturing and construction, where the real drive for growth needs to come from. Construction’s contribution to the last quarter’s GDP figures fell by 2.5 per cent.

In reality, 90% of the cuts in the austerity package foisted upon the country by the coalition have yet to kick in. Plus there are big hikes in prices in the shops, increases in energy prices, and a continuing pay freeze in the public sector.

As Philip Booth, editorial director at the Institute of Economic Affairs, said:

“The difficulties faced by the UK economy are not fully reflected in the growth figures. Living standards are falling, productivity growth is weak, and the economy has, in fact, been flat over the last year. It is likely that we are leaving recession but entering a period of unspectacular recovery – quite unlike the recovery from previous recessions.”

One of the most interesting comments came from Samuel Brittan in the FT (£). Describing David Cameron’s response to the figures as “incredibly silly” he wrote he was surprised job losses had not reached 3.5 million. He reasoned this was perhaps because workers were holding back on pay claims in order to hold onto what they have got and identified “falling union membership” as a reason.

I do not think this is the case – certainly in well-organised, unionised companies workers will push for better pay deals through collective bargaining.

In the Unite manufacturing sector, the last year shows requests for ballots for industrial action on pay claims in manufacturing had grown and pay settlements were averaging around 3% to 3.5%, with the recent JLR deal of two-year pay deal which will mean up to 9.8% extra in pay packets.

Not all ballots go ahead as many are resolved via a locally agreed collective settlement. Many workers in unionised companies made sacrifices to help their companies, now they want those sacrifices acknowledged; they have seen their living standards fall and therefore are seeking decent pay deals. I believe they will continue to do so.

Instead of “falling union membership”, it is the lack of collective bargaining that has coincided with a weakening of economic growth.

As Professor Keith Ewing has pointed out on several occasions, in 1938, Ernest Brown, the Minister of Labour (in the then Tory-led government) announced in the House Of Commons it was the policy of the government to promote collective bargaining, and with it, the trade union voice:

“…a simple attempt by a thoughtful man to increase wages, equalise incomes, stimulate the circulation of money, increase demand, and promote job growth, for the good of the country and the benefit of everyone.”