Jenny Jones uncovers the broken promises of Boris Johnson on the police - with massive police cuts being implemented on the Mayor of London's watch. 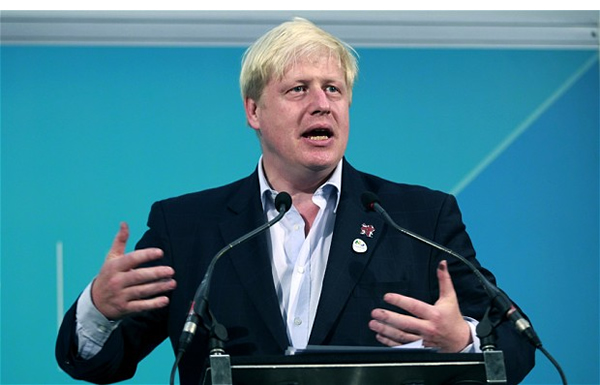 Earlier this year, the Mayor managed to negotiate an extra £90 million for policing in London during the Olympics and thus delayed an inevitable funding crisis, rather than solving it. The Mayor has three main aims for policing in London, but without additional help from the government, it is hard to see how he can keep the commitments he has made.

The first and most essential challenge is to reduce the largest categories of crime by a fifth. Given the historic drops in burglary and violence, this should be possible. The big question is the extent to which this is due to the dramatic increase in Met police numbers and resources since the Mayoralty was set up 12 years ago. If those resources are now cut and police numbers fall, then will crime actually rise?

The second Mayoral aim is to keep police officer numbers at around 32,000 in London, despite the government cutting 20 per cent in real terms from the budget over a four-year period. The Mayor hopes the bulk of the savings can come from selling off the Met Police’s family silver, i.e. buildings; from making organisational efficiencies; and by weaning the police off the well established perks of the job: the chauffeur-driven cars, grace and favour flats and habitual overtime payments all have to go.

However, genuine efficiency savings, made without cutting services, take time to achieve, as do building sales.

The Mayor’s third aim is to put an extra 2,000 officers onto the streets, operating in beefed up neighbourhood teams. We currently have around 6,500 fully fit officers employed in backroom roles which could be done by civilian staff. This is on top of the 402 officers on recuperative duties and 756 on restricted duties. In order to claim he has put 2,000 extra police onto the streets, the Mayor must find a way of sacking civilian staff without their roles being taken by officers who cost on average 20% more.

However, the big problem for the Mayor is he has kept officer numbers high by sacking civilian staff.

“If that’s the only way we can find savings, one, it’s going to unfairly and disproportionately affect them, and probably as importantly means that the ones at the front line will not get the support they need.”

So what options does the Mayor have? One option being considered is employing more low paid, inexperienced constables and getting rid of higher paid, more experienced sergeants and senior officers. Thinning out the Met’s upper ranks certainly has an appeal, but the impact of losing, for example, a thousand sergeants, would be felt directly on the effectiveness of frontline services.

If the Mayor rejects the idea of losing a thousand sergeants, or this is simply not achievable in the short timescales, then Plan B is to sack an even larger number of civilian staff. Reducing staff by up to a third may be seen as necessary, if the Mayor falls short of his targets for savings. Changes of this scale, done in a rush, will inevitably lead to failings in the service and to officers suddenly finding themselves sorting out a lot of bureaucracy with equipment, maintenance or IT problems.

I dislike both of these options.

Cutting sergeants and sacking civilian staff are both panic measures designed to keep numbers high at the expense of efficiency, the opposite of what the Met needs in the medium to long term. My fear is that genuine, positive reforms will be botched and be driven purely by the short term need to cut as much as possible, as quickly as possible. The Met Police will not only do less, but will do it far less efficiently, as we lose experienced officers and put the new recruits into backroom jobs to replace the thousands of staff that have been sacked.

There are ways out of this predicament, but they involve dumping the Mayor’s promises, which is not something I would normally encourage. The Mayor could backtrack on his pledge to reduce Council Tax by 10%. Nearly all of the Mayor’s precept is used to pay for policing and this extra cut is adding to the total savings which the Met Police have to find.

The Mayor could also slowly reduce the number of police officers, employ more civilian staff and use some of those savings to put more police on the streets. We would have fewer police officers in total, but many more would be doing the jobs people want them to do. Last year, this approach, of increased civilianisation, was being advocated by all the experts and by all parties. As long as crime continues to go down, then will people mind that the number of officers sitting behind desks has declined?

Finally, the Mayor could argue he needs more breathing space. He could make the case to government that sensible reforms are possible if the Met is given more time and he is given another bailout to cushion the budget.