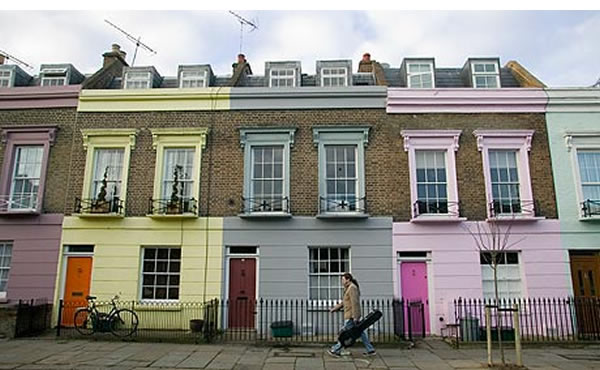 In Lambeth and Southwark – as it is across London – housing is the biggest issue affecting residents. It is easy to understand why.

Under Boris Johnson social housing starts have now fallen to their lowest level for a decade. The supply of decent social rented homes is now so limited many low income families living in dire circumstances and are still unlikely to qualify.

Yet, for those on even middle to higher incomes, home ownership is now an increasingly distant dream. Shelter estimates your average first-time buyer, who gets no help from the Bank of Mum and Dad, now has to rent for 31 years to buy their own home in London, costing them £300,000 in private sector rent in the process.

Those left in the increasingly bulging middle are left with one option – the private rented sector, where rents soared by 12 per cent last year alone. In this sector, more than a third of homes do not meet Decent Homes standards and tenants are often exposed to rogue landlords, short-term tenancies and a lack of stability.

It is against this backdrop the Mayor this week re-announced his ‘new’ “Housing Covenant” at the Conservative Party conference. The Mayor has pledged to invest £100 million in the project, which aims to “unlock the door to home ownership” for 10,000 households on “modest incomes”.

Let’s put this re-announcement in context.

In 2010 the coalition cut London’s affordable house building budget by 70 per cent. Consequently, this £100 million of what appears to be mostly new funding from the government – to be spent over the next four years – still represents a significant cut. When this new funding is factored in, the Mayor will be spending roughly £100 million a year on housing for first-time buyers. This is a fraction of what was spent in recent years. For example, in 2010/11 alone £200 million was spent on the type of home this new money will fund. In 2009/10 this figure was nearly £310 million.

In reality, the Mayor and his government are reducing housing investment in the face an escalating crisis.

Yet, despite the record budget he inherited in 2008, the Mayor has a poor record when it comes to helping first-time buyers. Government figures show the number of these homes built in London have fallen every year since Boris Johnson’s election. In office, Boris has also changed the rules for affordable housing so those earning nearly £80,000 a year can now qualify for state subsidised home ownership. In doing so, the Mayor has stretched the meaning of “modest income” well beyond what my constituents recognise.

But even if the people in Lambeth and Southwark qualify for these homes, the cost of maintaining the home is often astronomical. Homes sold through the Mayor’s scheme include a three-bed flat in Islington for £705,000, a flat near Guys Hospital with a required qualifying income of £77,500 and a two-bed flat in Marylebone for £600,000.

Under Boris Johnson, London’s housing crisis is getting worse – more people made homeless every year, more people sleeping rough and private sector rents soaring. Londoners want a Mayor who is determined to tackle these problems and who will address the housing crisis affecting all Londoners instead of shying away from real action.

One Response to “Con 2012: Boris Johnson is out of step and out of touch with the housing crisis”