Paul Hagan explores the position of the UUP 100 years after the Ulster Covenant. Is there still a place for them in Northern Irish politics? 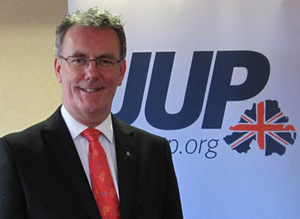 Paul Hagan is a member of the Labour Party in Northern Ireland; he works as an adviser in the European Parliament but he writes here in an exclusively personal capacity

In a week in which Northern Ireland will see the centenary of the signing of the Ulster Covenant, the UUP’s new leadership failed to inspire at its annual conference.

Mike Nesbitt, a former TV personality who only joined the party a few years ago, was elected in March to try to bring the party new vision and restore its old fortunes; however, his party continues to suffer a lack of purpose and ambition.

Since becoming the smaller unionist partner in Northern Ireland’s power-sharing coalition, they struggle to articulate an alternative platform to challenge the DUP or offer an alternative vision.

In a pedestrian speech at the Titanic Building in Belfast last Saturday, the new UUP leader spoke of reaching out beyond the Protestant community to a more “pluralist and progressive politics”, but he didn’t say what shape these would take and then returned to discussions about Ulster’s history.

Nesbitt’s party’s main problem is one all unionists may have to address this week and beyond: if the constitutional situation they define themselves by is secured and settled, then what exactly is the point of the party or of Ulster unionism in general?

The larger and more populist DUP, under first minister Peter Robinson, have recently started to brand themselves “the party for Northern Ireland”, and hinted at the need to tackle sectarianism and balance the economy. However, their 2011 manifesto (pdf) said their first priority for this “second century” of Northern Ireland was simply to “make union stronger” – economic issues come in fourth.

While unionist politicians of all parties continue to show their opposition to a United Ireland and cite their Britishness as their selling-point, there is very little discussion of what “Britishness” means or how what its future might be.

It would take a very brave unionist politician to make critical remarks about the Royal Family or any war the British Army may be involved in, as these could be seen as undermining the solidity of Northern Ireland’s British identity and make traditional Protestant voters uneasy.

Meanwhile, Northern Ireland continues to face the same challenges that affect most post-industrial regions in Europe.

At 8.2%, unemployment is now above the UK average, and among 18-24 year olds it is well above, at almost 24%, which may help explain the huge brain drain among the province’s young. In 2009, the Rowntree Foundation found persistent poverty rates were more than double those of the rest of the UK.

What continues to worry observes in Ulster and elsewhere most is the economy continues to float on a tide of UK government and EU subsidies, with the public sector employing 30% of the workforce. [Source: 2009-10 Northern Ireland Public Sector Pay and Workforce Technical Annex (pdf)]

In Europe’s self-confident and autonomous regions such as Catalonia, Bavaria or Corsica, regionalist politicians are happy to play-on regional identity and play-off against central government to boost their prestige and talk of secession, with increasing assertiveness. However, even the issue of developing Northern Ireland’s corporation tax level provokes anxiety among unionist politicians.

The worrying news for unionists is that after 2014 there mightn’t be much of a union to support if the SNP at Holyrood get their way. Scottish independence has been little discussed in unionist circles, where the Saltire flag and Scots culture occupy an increasing significance in Ulster Protestant identity.

In January this year, first minister Peter Robinson and his Welsh counterpart Carwyn Jones made a joint plea for Alex Salmond not to go it alone.

Robinson said at the time:

“I speak as a unionist but also as an Ulster Scot. Clearly I have a massive interest in what happens and what decision the people of Scotland will take.”

Today’s and all this week’s Covenant commemorations will no doubt bring out the great and good of Northern Ireland’s establishment to romanticise the last hundred years of resistance and defiance. For a century Ulster Unionism has been very good at telling the world what it is against, but it has yet to articulate to anyone what exactly it is for.