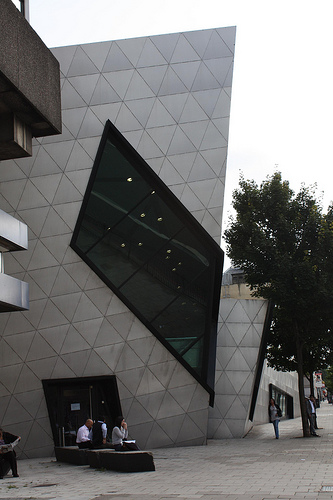 Robert Ford is a lecturer in politics at the University of Manchester researching immigration, racial attitudes and the radical right.

The UK Border Agency’s decision to strip London Metropolitan University of its right to issue visas to students from outside the European Union has placed student migration in the centre of a furious political row.

Critics of the decision pointed to the injustice of cancelling thousands of legitimate students’ visas, leaving them without qualifications they had paid large sums to obtain and giving them only 60 days to make alternative arrangements or face deportation.

Many have also pointed to the risk of broader reputational damage to the UK Higher Education sector, which receives billions of pounds from migrant students every year – parents considering where to send their children to be educated may think twice about a country where their status as legitimate students can be suddenly revoked.

Defenders of the action have acknowledged the cost and the risks, but argued that such action was necessary to rebuild public confidence in the immigration system by ensuring that standards for entry are being met.

The stricter enforcement rule are not an isolated piece of policy, but part of a broader suite of reforms designed to bring net migration to Britain down from over 200 000 when the Conservatives took office to “tens of thousands” by the end of the Parliament.

Students form 40% of current migration inflows, and many other forms of migration such as arrivals from within the EU are beyond government control, so a reduction in student arrivals is almost unavoidable if this target is to be met.

This argument was strongly criticised by Damien Green as an “absurd” attempt to “fiddle the figures”. He argued that the public are concerned with overall immigration numbers, and excluding students who put pressure on public housing and services “doesn’t accord with common sense.”

So who is right? New data we have collected as part of the British Social Attitudes survey, published this week, suggest that both sides of the debate have a point.

On the one hand, when asked about immigration numbers in the aggregate, the British are clearly very keen to see them reduced: 75% supported a reduction, and 51% said that they wanted to see numbers come down “a lot”. This would seem to support the government’s argument for a cap.

However, when we move from looking at overall immigration in the abstract to student migration in particular, a more nuanced picture emerges.

We wanted to know what Britons thought about student migration, but we also wanted to figure out how their views were affected by the quality of the students, and where they were coming from.

So, like doctors randomly assigning patients to different treatments, we randomly assigned our survey respondents to questions about different kinds of students: students with good or bad grades, and coming from one of four different regions of the world.

Our results show that students with good grades were regarded as beneficial, wherever they come from.

The British favour opening the universities’ doors to migrants from across the world, provided they are academically strong.

At the other end of the spectrum, students with poor grades were strongly rejected, wherever they come from.

It would therefore seem grades, not numbers, are what matter to the British public. But how can we square this with the data showing a strong demand for reduced migration inflows?

The answer is that students are not the migrants the public want cut back. A recent survey by IPSOS-MORI and the Oxford Migration Observatory asked Britons who they had in mind when asked about “immigrants”: fewer than three in ten named student migrants.

This fits with what we know about public opinion in general – when answering a survey respondents tend to reach for the most accessible information, and so when asked about “immigrants” the most accessible images are likely to of groups such as asylum seekers, illegal immigrants and unskilled labourers who feature heavily in media stories about migration.

It is not “common sense” at all to suppose that the public’s mental image of “immigrants” corresponds to the aggregates compiled by the Office for National Statistics, as Damien Green argues.

The evidence demonstrates this is not the case – and the common sense response would be to stop asking about “immigrants” in the abstract and instead gauge the public’s view on concrete, specific migrant groups.

Our survey data does precisely this, and demonstrates that the British public are more pragmatic about migration than is often assumed.

They are not implacably opposed to migration regardless of context and circumstance: while voters want fewer migrants to come overall, they also support specific migration flows when they perceive the benefits as outweighing the costs.

In this respect it makes sense to take action, which reassures voters that the migrants who are arriving are, indeed, the best and the brightest.

The demands of the “cap” are forcing policymakers to consider costly and draconian policies to curtail forms of migration, like the inflow of qualified and motivated students to our universities, that the public support.

These demands are in turn built upon an abstracted, and misleading, view of public opinion.

Policymakers should recognise the more pragmatic view which emerges when voters are given the opportunity to express more nuanced opinions about migration, and respond to it with a more flexible and pragmatic policy framework.

Treating students differently from other migrants, as proposed by IPPR, the House of Commons Business, Innovation and Skills committee and the Universities Minister David Willetts, would be a sensible first step in this direction.

The immigration attitudes data which this piece draws upon is from the British Social Attitudes survey 2011, and the author gratefully acknowledges the funding received from Unbound Philanthropy, the Diana Memorial Fund, the Trust for London, the Paul Hamlyn Foundation, the Joseph Rowntree Foundation and the Joseph Rowntree Charitable Trust which made this research possible.