Conservative Councillor Roger Taylor, whoes offensive email was released by JUST, will be investigated and is under fire from Labour. 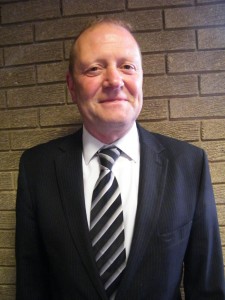 As revealed on Left Foot forward this morning, a Tory councillor bombarded a charity with disgusting emails, making disturbing jokes about Hillsborough and the inquiry into the Stephen Lawrence murder investigation.

Today it was announced Roger Taylor is being investigated by the council’s Standards Committee for the offensive comments he made.

“Are you telling me that this report is not overloaded with politically correct language rather like the Stephen Lawrence “enquiry” (a joke in itself) was?”

“You are not fit to tie Sir Norman Bettison’s shoe laces.”

The charity JUST released the emails after being appalled by his language and derogatory views of the recently released Hillsborough report, a report which, after 23 years of cover-up, exposed the truth of a very tragic day.

The leader of Calderdale council, Tim Swift, has said:

“Cllr Taylor’s comments about the Hillsborough report are unacceptable, ignoring the very grave and serious issues raised by the report, and are completely insensitive to the views and feelings of the many families who were touched by this tragedy and are still waiting for justice.

“Many of his other reported comments are equally unpleasant, unacceptable and ill-judged.”

He added there will be a “formal investigation” into Cllr. Taylor. He has asked the Conservative Party to “decide whether Cllr Taylor’s views are consistent with his continuing as a Conservative councillor”.

“If these comments are accurate I am absolutely appalled. The tone and nature of the comments are utterly despicable. They are an insult to the families of the Hillsborough bereaved, who will be sickened when they read them.

“I am now calling for the Conservative Party, locally and nationally, to apologise to the Hillsborough victims and the family of Stephen Lawrence for these comments and totally dissociate themselves from them.

“They should also immediately withdraw the whip from Cllr Taylor for showing such a disgusting disregard for the feelings and thoughts of those who lost loved ones on that terrible afternoon at Hillsborough. Cllr Taylor should now consider his position as it is clear he is not fit to hold elected office.”

“We welcome the investigation into Councillor Taylor’s conduct by the Standards Committee and we will be submitting previous emails sent to JUST West Yorkshire which highlight that Councillor Taylor’s behaviour does not meet the standards set out in the councillor’s code of conduct.”

As for Cllr Taylor, he has remained silent, as the Bradford Telegraph & Argus reports:

“When contacted by the Telegraph & Argus, Coun Taylor said he was not going to enter into a defence of what he said in a private e-mail to the organisation.”

The man seems to think it’s OK to air his extreme and offensive, ill judged views “in a private email” while showing a different face to the public. How much longer will David Cameron allow him to remain a representative of his party?

One Response to “Offensive Tory Councillor to be investigated – but will the Tories kick him out?”