Two thirds of the public want plans for regional pay axed. The issue will be debated at the Lib Dem conference and will play a role at the Labour conference. 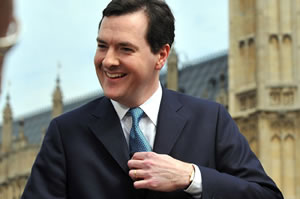 Alice Hood is a senior policy officer at the TUC

Ahead of a debate on local and regional public sector pay at Lib Dem conference this afternoon, the TUC has published polling that shows two-thirds of the public think the plans should be dropped.

The poll (pdf), carried out for the TUC by Survation, found:

• 65% think the plans should be dropped. Among Lib Dem voters 75% wanted the plans to be scrapped, and even among Conservative voters only a third thought the government should press ahead, as Chart 1 shows;

• Overall, 61% said local pay would be unfair, with 71% of Lib Dem voters saying the plans are unfair;

• Less than 16% thought the policy could help regional economies.

The findings also highlight concern about the impact of the proposals on services. Only 6% thought a move to local pay in schools would be good for children, and more than 60% said it would be unfair and make it harder for schools to attract and retain staff.

When asked about the effect on the NHS, less than 6% thought local pay would benefit patients, with almost 65% saying it would be bad for patients.

In the south west, where 20 hospital trusts have formed a cartel to try to bring in regional pay by the back door, 80% of respondents said such a move would be unfair, bad for the NHS and bad for the economy.

The poll also shows that attempts by the chancellor and others to build support for the idea haven’t had any traction. Indeed, where pollsters Survation repeated questions they first asked in March, public attitudes had stayed broadly steady, with a slight increase in people thinking the plans are unfair and bad for the economy.

The latest findings come as Lib Dem conference prepares to debate a motion from Welsh and Cornish Liberal Democrats which expresses concern about the impact of the policy and calls on the government to rule out any further expansion in local or regional pay and stick to national pay agreements.

The campaign against local or regional pay has highlighted the lack of evidence behind the government’s approach. UNISON recently published an excellent report by pay experts Incomes Data Services which explains how the Treasury’s argument that public sector pay ‘crowds out’ private sector growth is underpinned by a series of false assumptions about the nature and structure of both sectors.

Supporters of local or regional pay also ignore the huge economic cost that it would have. Research (pdf) by the new economics foundation for the TUC found that the economic cost of a shift to regional pay could be as high as £10bn per year, and the loss of up to 110,000 jobs.

Add to all this the enormous bureaucracy, cost and inefficiency of local bargaining; the equality effect of dragging public sector pay down after years of effort to tackle the gender pay gap; and the simple unfairness of paying our nurses and teachers differently just because of their postcode.

It’s no wonder that the public, MPs, councillors and businesses are all calling for the idea to be dropped – and it’s about time that’s what the government did.