Scottish Labour leader Johann Lamont this week gave a speech challenging the orthodoxies of Scottish politics, threatening an end to some universal benefits. 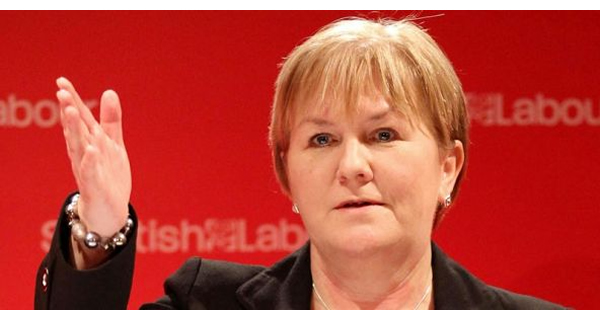 Whilst this week’s news in Scotland concentrated again on the status of negotiations between Whitehall and Holyrood over the format and logistics of a referendum on independence, Scottish Labour leader Johann Lamont, nine months after being elected to the post, this week delivered a speech challenging some of the underlying orthodoxies within Scottish politics and raising the prospect of an end to some universal benefits such as free tuition fees and free perceptions.

Declaring the SNP to be lying when they claim Scotland is a land where “everything is free”, Lamont said starkly:

“Some might… argue that John Swinney thinks it is in his political interests not to protect Scotland from the Tory cuts, but to let them run free in the hope that the pain that causes ordinary Scots will help him in the referendum. I am not going to get into an auction with the SNP.

“They might cry freedom but the idea that Scotland is a land where everything is free is a lie. Someone always pays for it in the end. A council tax freeze, for example, costs. It’s cheap to say, but expensive to fund.”

Triggering a debate over what exactly Scotland can afford to continue providing, she drew on the warning of the government-established Commission on the Future Delivery of Public Services, chaired by Dr Campbell Christie – which concluded in 2011 that in Scotland “public spending is not expected to return to 2010 levels in real terms for 16 years” – and comments by Lord Sutherland, the architect of free personal care.

In 2008, Lord Sutherland had declared:

“Unless there is a marked increase in the share of taxation in the Scottish economy, quite significant cuts will have to be found in other programmes to continue to fund the present structure of care.”

“Alex Salmond says he’ll make Scotland a progressive beacon. Well, I have to ask what is progressive about a banker on more than 100,000 a year benefitting more than a customer on average incomes from the council tax freeze?

“What is progressive about a chief executive on more than 100,000 a year not paying for his prescriptions, while a pensioner needing care has their care help cut?

“What is progressive about judges and lawyers earning more than 100,000 a year, not paying tuition fees for their child to follow in their footsteps at university, while one in four unemployed young people in Scotland can’t get a job or a place at college?”

“I believe our resources must go to those in greatest need. But if the devil’s greatest trick was to convince the world he didn’t exist, Salmond’s most cynical trick was to make people believe that more was free, when the poorest are paying for the tax breaks for the rich.

“Alex Salmond is quick to point to the high levels of welfare in Scandinavia but those universal benefits are paid for by high levels of taxation. Scotland cannot be the only something for nothing country in the world.

“And I will not tolerate a country where the poorest pay for the tax breaks for the rich. For the last decade Scotland’s budgets have grown rapidly but we are in a new age with less money and more demands. We need to say what we want Scotland to be, what we can realistically afford, and how can we, in reality, make Scotland better.

“This is the stark choice that Scotland has to face up to: if we wish to continue some policies as they are then they come with a cost which has to be paid for either through increased taxation, direct charges or cuts elsewhere. If we do not confront these hard decisions soon, then the choice will be taken from us when we will be left with little options.”

Pledging that as leader she would “always be honest and true”, Lamont went on to question the viability of free prescriptions, free tuition fees and a council tax freeze.

Announcing the establishment of a new taskforce on public spending in Scotland, to be led by UK shadow Treasury minister Cathy Jamieson MP and the Scottish shadow finance secretary Ken Macintosh AM, she concluded:

Whilst the SNP sought to attack Lamont for seeking to cut key public services, across much of the Scottish press, her speech was simply “brave” in the sense of it being political suicide.

Writing in the Herald, for example, Iain MacWhirter says:

What she is proposing has left commentators such as Alex Massie in the Tory-supporting Spectator cock-a-hoop at what they see as Ms Lamont’s conversion.

But how are poor Labour candidates going to sell this on the doorsteps:

“Good day, I am your Labour candidate and I stand for keeping bobbies off the beat, increasing your council tax, making granny pay for her prescriptions and making your children pay £9,000 a year to go to university. Can I rely on your vote?”

At The Scotsman, meanwhile, its leader questioned why Lamont is making life more difficult for herself than it needs to be.

Whilst dubbing the commission she is establishing as “laudable and constructive contribution to the political debate”, the paper went on to observe:

One wonders if anyone in Ms Lamont’s office is taking on the role of the civil servant in Yes Minister, who would describe his boss’s initiative as “very brave”.

Because Ms Lamont is talking like a government minister who is looking for political cover for unpopular but unavoidable political decisions. She is not talking like a leader of the opposition who could – some of her colleagues would say should – be concentrating on the politics of opposition, free of the responsibilities of power.

Instead of picking holes in the SNP administration’s weaknesses, she chooses to attack the administration’s most popular policies. It may be laudable, even necessary in the long term, but is this politically wise? Will it have the voters flocking back?

On the constitution, too, Ms Lamont seems determined to take the difficult path. With the SNP committed to independence, it would be easy for Scottish Labour to ally itself with a large part of the electorate and argue for a much stronger form of devolution. It is what many want, and no party is prepared to offer. She is dragging her feet in setting up the commission she promised would examine this issue.

One wonders why Ms Lamont seems intent on making life difficult for herself.

The Labour-supporting Daily Record, however, has praised Ms Lamont, dubbing her speech the “sign of a serious politician”.

The Scottish Labour leader has taken us off the constitutional roundabout and has got the political class talking for once about the real choices and issues that will affect life in Scotland in the next decade.

She is mocked by opponents for saying that politicians have to go beyond populist, crowd-pleasing choices because the money is too tight to mention in the next decade.

But she’s right to say it’s not going to be promises of more of everything for nothing (copyright Alex Salmond) because everyone knows that we are going to have to choose between a little of something or nothing at all.

People are already questioning why they should get free prescriptions or free bus travel while their nephews and grandchildren can’t get training or jobs.

Appealing to people’s better nature is not a proven vote winner – but it is the sign of a serious politician, and the beginning of a mature debate.

But perhaps the difficulty for Lamont, after what has proved a controversial speech to say the least, can be typified by twin headlines; one in The Spectator which proclaimed

“Shock Development: Scottish Labour Grows Up, Repudiates Own Past”

Whilst the New Statesman declared: