An outline of newly elected French President Francois Hollande's tax plan which aims to re coup of €20 billion from the nations wealthiest citizens. 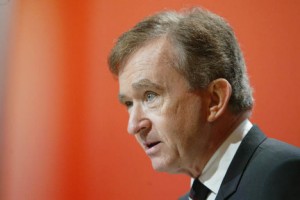 François Hollande, rested from his summer holiday, this week outlined his plan to France’s Court of Audit of how the tax system will operate under a socialist government. His intention is to raise €20 billion in new taxes – which include a 75% tax on millionaires – and has assured the French public this will not be reneged on.

This, coupled with his €30bn savings plan, sees Hollande aim to reduce the deficit to 3% over the next two years. The French public will keep a keen eye on his plans to whether austerity measures and public sector cuts will feature alongside.

His taxes have seemingly already sent the rich packing. The world’s fourth richest man, Louis Vuitton, Moët and Hennessy boss Bernard Arnault, is currently pursuing Belgian nationality, but states this is so he can conduct business more easily over there. Arnault has pledged to continue living in France.

Hollande’s response to Arnault was a firm one:

“He must weigh up what it means to seek another nationality because we are proud to be French.”

There would be no exceptions in a 75 per cent tax on incomes above one million euros, the President added.

There is speculation Hollande plans to exempt sports stars and artists from the new 75% tax rate although this has not been confirmed. There were protests in July when the state auditor of France said unemployment benefit payments to artists and other creatives were unsustainable.

Recent opinion polls show the public has lost some confidence in the government four months after Hollande won presidential office.