In the recent reshuffle came a lot of news. However the story of Esther McVey is one that escaped the public eye. She now must sack the workers she defended. 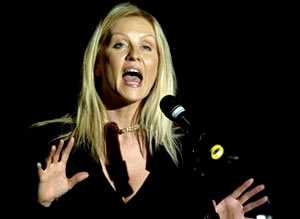 In the aftermath of the most successful Paralympics ever and a nation in awe at the achievements of our Paralympians and their dedication and determination, disabled issues have rose to the very top of public consciousness.

Both the cuts to disabled benefits and the recent announcement 1,400 disabled people could lose their jobs when 27 Remploy factories close down sparked protest and resulted in members of the government, most notablly George Osborne, to be booed by 80,000 people at the Olympic Park during a Paralympics medal ceremony.

However, there appears to be another twist to come, within all the stories of political manoeuvring for a possible u-turn on the third runway at Heathrow and the lurch to the right by Cameron in his cabinet, it appears new Minister for Disabled People Esther McVey has openly opposed the Remploy closures, especially in her constituency of Wirral West.

Thus she now must be in charge of the very closures she opposed and deliver her constituency a crushing blow of double standards.

In an open letter sent on Thursday, August 2nd, she explains why Ian Duncan Smith could not visit the factory and recounts her own visit there. Stating she had an “open discussion and the entire workforce impressed”, she then met with the managers of the factory and put forward why she believes they have a case to appeal the closure.

She points to two reasons the site and jobs could be saved, the first being there is a possibility to simply reallocate the work from soft furnishings to a private automotive sector provider. The second reason she gives is that only a few months ago Vauxhall at Ellesmere port had an “uncertain future” but after a move from Jaguar is now healthy and creating a 1000 jobs in the area.

She signs of the letter on a rousing:

“Perhaps the staff should take over the stewardship of the Remploy and seek to find new mangers with their same vision, focus and courage and I for one back them.”

It is currently unknown whether Number 10 knew about her opposition when appointing her, or is this a possible sign of another u-turn by the government? Or at the sight of promotion has Ester McVey turned her back on the Remploy factory and workers she found so impressive?