In the latest in our series of reports from the Democratic National Convention 2012, Sara Ibrahim reports from Charlotte on Bill Clinton's barnstorming speech. 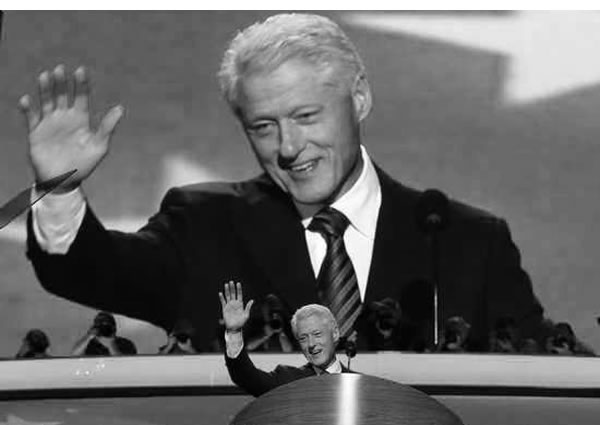 In the latest in our series of reports from the Democratic National Convention 2012, Sara Ibrahim, chair of the Young Fabians, reports from Charlotte on Bill Clinton’s barnstorming speech late Wednesday

As William Jefferson Clinton took the podium at the DNC, praise for Michelle Obama’s speech the previous evening was still dominating the convention. In this tightly fought race, it was widely considered the Democrats had triumphed over the Republicans when FLOTUS showed herself a superior speaker to Ann Romney. Fittingly, Bill Clinton acknowledged the power of Michelle’s performance in his own introduction but what he said after was a far more powerful exposition of political values than anything else this convention season.

When all is said and done, Clinton’s speech sets out the case for Democrats not only in this election but in the battle for American hearts and minds.

After having spent the last three weeks or so touring the US ahead of the DNC, it is evident that many ordinary Americans are tired of the bitter recriminations between the parties and increasingly turned off by the political stalemate between the two.

Clinton’s words were intended to be a balm to those people. His role as an established political leader allowed him to paint himself as above the fray in a way others cannot credibly do. He was a politician who was for solutions. He wanted to get things done. He therefore abhorred the politics of constant conflict. The Republican party he revealed to the American people was one more concerned with removing Obama from office than putting people into work.

Democracy, he said, is not a blood sport but an honourable enterprise that advances the public interest. This was Clinton at his best, clearly setting out what drives Obama and the Democratic party.

However, he was not content with lofty principles alone. In a detailed analysis he systematically skewered the Republicans on every damaging lie they had told the electorate. He told us why it was wrong to cut taxes for the richest Americans. He told us why Obamacare wasn’t a raid on Medicare. He told us how Obama had helped grow jobs in the Automobile industry. He told us how 3 million young people between 19 and 25 now had health insurance.

In short, he gave the clearest defence of the Obama government for the last four years. He deftly showed Democrats who had bumbled their lines on numerous TV appearances how you should answer the question ‘were you better off than 4 years ago?’; ‘Heck yes!’ was Clinton’s answer.

We also saw the Clinton folksy charm and his ability to empathise with those who are still suffering from the economic collapse. He acknowledged that some people were not yet feeling the effects of the budding recovery. To them he said that America was heading in the right direction but they needed to be patient.

What was that direction? To build a 21st century of the American dream. The old economy is gone, he contended. We have to build a new modern economy and we need to train people for those jobs.

To me this is where the power of his speech lay. He didn’t give false succour. To all those who yearned for bygone times he made it clear this was an unrealistic hope. Our world is changing in fundamental ways and we must be equipped to deal with this reality. Be in no doubt he wasn’t just talking to Americans, he was talking to all of us who desire a return to perceived comforts of the past.

It would be a lesson I hope British politicians heed. In fact, it is a good guide for British voters too. Pick the individuals who understand the future challenges and not just those of yesterday. They will serve you better.

I want to leave you on an American theme – here is Hillary watching her husband give his speech as she tours Asia: 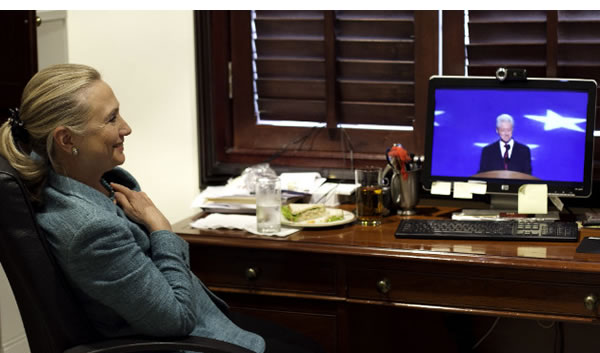 Be in no doubt that whilst this convention is overtly about 2012, it is also about 2016. Regardless of whether Hillary heeds the calls to stand again, one thing is clear: the dominance the Clintons have over the Democratic party will endure from this presidential race to the next.

2 Responses to “Clinton rides to the rescue, lighting up convention season and firing up the Dems”