After the excitement of the Beecroft report, little interest has been shown in the employment law changes that the Tory-led government wants to pursue.

After the excitement of the Beecroft report, little interest has been shown in the employment law changes that the Tory-led government wants to pursue. 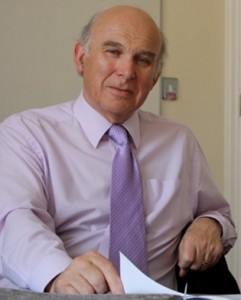 Paradoxically, the closer we get to their implementation the more our attention seems to wander. So what will be happening when parliament reconvenes?

“[The Enterprise & Regulatory Reform Bill was] a far-reaching package of measures [which] will scrap the unnecessary bureaucracy that is holding back companies, overhaul the competition framework, and boost business and consumer confidence.”

Despite this the controversial proposal for so called ‘no fault dismissals’ did not make it into the bill. What has made the grade?

Set out in Part 2 of the bill, there are several proposals that seem eye catching to me. The first is the requirement that all claimants go through ACAS (the official dispute resolution body) before presenting a claim to an employment tribunal.

Whilst the intention is to dissuade those with weak case from proceeding, in practice it is likely to add a layer of bureaucracy. No doubt, it will also trip up claimants who are litigants in person and often fall foul of these requirements.

Following the Tories declared interest in simplifying procedure, there is a clause to allow a ‘legal officer’ to hear claims. Already there are small discrete issues such as disputes over pay which are dealt with by an employment Judge sitting alone. So it is hard to fathom what will be gained by the use of legal officers. This overtly seems to add more complexity to the system.

To my mind the most troublesome is clause 12 which provides that negotiations occurring before termination of employment are confidential. This is considerably watered down from the Beecroft proposal. Clause 12 seeks to give protection to employers who wish to have what anti-red tape Tories would call ‘frank discussions’.

However, in what must have been a compromise at committee stage, this is tempered by several subsequent paragraphs. The first qualifier allows the contents of those conversations to be considered if the Claimant was potentially unfairly dismissed. Secondly, this is only to apply to the extent the tribunal finds it just.

If it is thought that there was anything improper said or done during the course of those discussions it will probably be heard by the tribunal. This makes the provision something of a nonsense.

What is the likely outcome if this wording is enacted as is? That it will have to be litigated and the lawyers determine what it means.
The other point to throw into the mix is the Judge led inquiry into employment claim procedures headed by Mr Justice Underhill.

Contrary to what you may think it makes interesting reading. He urges a change of emphasis in how the current rules are interpreted. He said there was no need to change the criteria used for making costs orders, which are made exceptionally.

I therefore wholeheartedly support his inferred view that an increase in the number of costs orders in of themselves is not a sign of increased fairness in the system.

The laws governing employer-employee relations should not be seen as a niche interest. From April 2010 until the end of March 2011, 218,100 claims were accepted by employment tribunals.

Further, the statutory framework can have a noticeable impact on how employers conduct themselves when dealing with their workforce. Most workers in this country are employed rather than self-employed. Redrawing of these relationships affects a large group of people.

Given the ideological commitment of the Tory party to free employers from employment restrictions, we should be very mindful of the passage of this bill. Therefore we must remain dogged in the attention we pay it before it becomes law.