Swaziland is Africa’s only absolute monarchy and is currently in the midst of significant economic, political and social struggles. 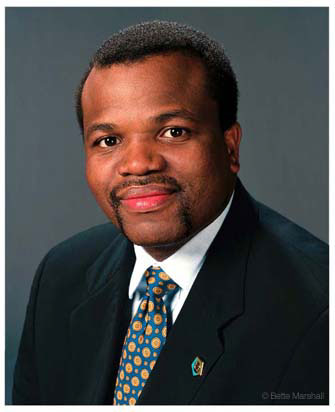 Swaziland is a land-locked kingdom in southern Africa with a population of just over a million. It is Africa’s only absolute monarchy and is currently in the midst of significant economic, political and social struggles.

Many of these struggles can be traced back to the Kingdom’s absolute monarch – King Mswati.

King Mswati has ruled Swaziland since 1986 and under his rule all political parties in Swaziland have been banned for more than two decades.

Any political activists who attempt to organise – as the pro-democracy movement has – face the threat of harassment and often violence.

A typical example of the political repression faced by activists in Swaziland is the case of Maxwell Dlamini, President of the Swaziland National Union of Students, who was arrested, tortured and held for just under a year before being released by the Swazi security services.

Even today Maxwell is unable to return to his studies due his scholarship being withheld. As recently as last week three students were shot with rubber bullets by security services.

The willingness of those around King Mswati to use violence also appears to be worsening as Swaziland’s economic condition further deteriorates.

While King Mswati has a personal fortune in excess of $100m and caused outrage in Swaziland when he recently sent his wives on a no expenses spared trip to Las Vegas, Swaziland itself is actually gripped by an economic crisis.

Last year the University of Swaziland failed to open for the start of term, student grants (without which the majority of Swazi students would be unable to study) have been slashed and many hospitals are unable to buy the medicines they desperately need – a particular problem in the country that has the highest prevalence of HIV/AIDS and TB in the world.

Such is the extent of King Mswati’s economic mismanagement that the IMF recently withdrew its support for Swaziland’s economic recovery plan and the African Development Bank has refused to pay its budget support payment to the kingdom.

Worryingly repression is increasing being used by the Swazi security services as an everyday weapon. When the country’s teachers recently walked out on strike after the government refused its demand for a 4.5% wage increase – inflation in Swaziland is currently more than 9% – the government responded by sacking striking teachers, leading to the closure of numerous schools.

Protests by the striking teachers have also been met by the Swazi security services firing tear gas and rubber bullets.

This can also be seen as part of a wider pattern of trade union suppression. When the Trade Union Congress of Swaziland (TUCOSWA) called for a boycott of next year’s ‘elections’, they were swiftly deregistered by the government meaning they were no longer recognised by the government to formally represent workers.

The infringement of basic rights we in the UK take for granted, such as the right to join a political party and the right to protest without the fear of violence, are why we in the UK need to stand shoulder to shoulder with Swazis who are fighting for a democratic future.

If you want to find out more about Swaziland, Action for Southern Africa (ACTSA) are holding an event in London next Wednesday (September 5th); further information can be found here.