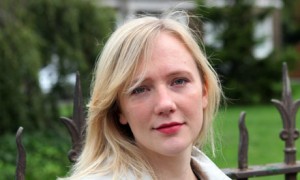 Carl Packman, author of the forthcoming book “Loan Sharks”, nominates Stella Creasy MP as the most influential left-winger thinker 2011/12; if you’d like to submit a nomination for someone on the left who has made a contribution to advancing left-wing ideas or concepts in the past year, please email [email protected]

There is a very worrying prospect looming over the UK at the moment: the prospect of the rise in payday lenders at a time of bank risk aversity and credit card mid-life crisis.

The industry went up from £100 million in 2004 to £1.7 billion in 2010 and follows a fall in credit card use (transactions dropped by 1 million and credit card borrowing dropped by 5 per cent in 2011) alongside skyrocketing trends in personal debt which stood at £1.458 trillion at the end of June 2012 (individuals owed nearly as much as the entire country produced during the whole of 2011).

Jeff Randall in the Telegraph last year reminded us the average British adult already owes £29,500, about 123 per cent of average earnings, and by the time we reach 2015 total UK personal debt will have gone up to £2.12 trillion pounds.

“The numbers are shocking – they point to another looming crisis – which, perhaps, explains why no one at Westminster is willing to highlight them.”

This would probably be true, were it not for one key member of our parliament, who week in, week out campaigns on behalf of vulnerable people who have fallen foul of the payday lending industry, and who stops at nothing to speak out against vulture lending at a time of severe personal financial pressure.

That MP is of course Stella Creasy, the member for Walthamstow.

No longer known as that MP blocked from using the members-only lift in the House of Commons by a Tory MP who felt the “blonde woman” was “too young”, but rather the campaigning parliamentarian for Labour and the Cooperative Party.

Having gone through a fairly typical route for an MP today, via think tanks, research and speech-writing, she has more or less put payday lending on the map for causes to be concerned about, being involved in Compass’s ‘End Legal Loansharking’ campaign and putting her own boots on the ground in Walthamstow where she can often be seen with petitions and leaflets outside branches of The Money Shop.

She has even managed to capture the attention of the leader of the Labour Party, Ed Miliband, who now backs the campaign against legal loansharks.

Everyone working to campaign against these lenders knows there is nothing uniquely party political about it – in fact it is an issue that brings together Tories as well as Labour people. However the government have been very slow to act on this.

Its legacy so far is mere patchwork on the existing regulation, no commitment to cap the total cost of credit that can be charged by a lender (which sees the likes of Wonga charging in excess of 4,000 per cent interest) and more long-term work commissioned by the cost-cap sceptics at the Personal Finance Research Centre in Bristol University.

When I was able to interview Stella myself for my book on the payday lending industry she told me she was happy at least that the issue was on the table, but the coalition government have been nothing less than frustrating, going at a snail’s pace to acknowledge a problem affecting so many people.

These are the people in Westminster who are ignoring the issue. But Creasy’s work is not limited to parliament. When I first met her she had sat in on an APPG meeting on ‘Debt and Personal Finance’ where she asked questions and afterwards debated in person representatives from Wonga and the Consumer Finance Association – a trade body for the payday lending industry.

In that debate, Creasy was able to show just how in tune she was on the subject, constantly referencing back to her constituents and even inviting the men she was debating to come to Walthamstow to see the people they were lending to, and how problematic it had become for their lives.

She continues to do tireless and very crucial work to highlight an issue often neglected by politicians in other areas and has proven herself passionate and intellectually gifted in a field she knows affects the people she represents in parliament.

Creasy also knows how to tap into popular sentiment. After Bianca, an Eastenders character played by Patsy Palmer, become troubled by taking out payday loans to pay for household bills, Creasy used the opportunity to popularise the Twitter hashtag #saveBianca – reaching a wider audience.

Furthermore, she also recently asked Ant and Dec on Twitter to respond to reports Wonga were going to be sponsoring the new series of their programme ‘Red or Black’, thereby further legitimising the company.

Such payday lenders seek a good image in order to appear respectable. But wherever they do this, the MP for Walthamstow will not be too far behind, correcting this error.

To be sure, Stella will be considered one of the hardest working MPs of her generation and is doing a sterling job raising consciousness on an issue that will affect a brand new crop of people this year, and for every year, until the incumbent government pulls its fingers out and does something serious to restrain the vulture lenders.

5 Responses to “Nomination for most influential left-wing thinker 2011/12: Stella Creasy”