John Millington looks at the sexist attitude of some Tweeters towards female athletes during the London 2012 Olympic Games. 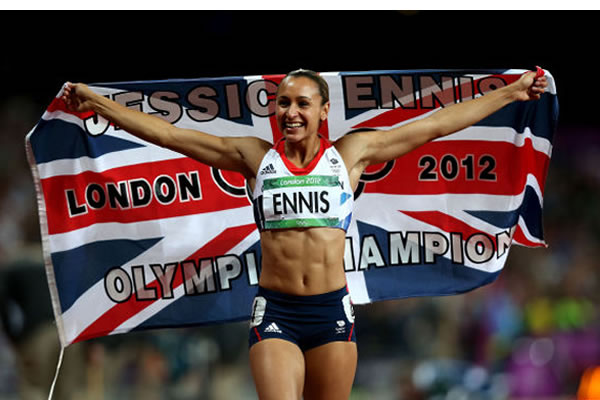 Female athletes have enjoyed a high profile at the London Olympics. British Olympic stars Jessica Ennis, Victoria Pendleton, Rebecca Adlington and Beth Tweddle are amongst many who have seen their already very public profiles increase with further medal success.

On the surface it seems women are finally gaining the recognition and respect as sportswomen that they deserve. And in the case of Ennis and Pendleton, whose dominance of their respective sports has meant massive sponsorship deals and increased exposure, it would appear top women sports stars are close to, if not already enjoying, parity with their male counterparts.

However, any illusions sexism and prejudice were a thing of the past were dashed unceremoniously on Monday night during the women’s shot put event.

As a not very good middle distance athlete, I love the field events. The power, the explosive nature of the competitors and the fact it can all be changed with one throw or jump. And I have always had a soft spot for the shot put, which usually showcases traditionally the biggest most powerful athletes the world has to offer. But as I watched the women’s event, Twitter and Facebook became awash with derogatory and offensive comments about the competitors – not least the eventual winner Nadzeya Ostapchuk of Belarus.

Calls for gender tests, comparisons with “ugly” famous men, and “jokes” relating these Olympic athletes with Miss Trunchbull – a big hideous fictional character who abuses children – dominated the discussion around the event.

Although the majority of offensive comments came from men, one woman reflected the sentiment of several others when she tweeted:

“I refuse to believe that the Olympian shot put women are actually women.”

Do these tweeters really want another Caster Semenya episode where the South African athlete was forced to go through a humiliating and hurtful 11-month saga of proving whether she was a woman or not? Unfortunately, such base prejudice was not confined to the social networks.

Evening Standard journalist Dan Jones, in his broadly fair report on the event, seemed incapable of avoiding a comment about the appearance of Ostapchuk, describing her as a

“…tremendously powerful 31-year-old broad who looks a little like she stepped from the pages of an Asterix the Gaul comic book only to be attacked by Gerard Depardieu’s hairdresser.”

All of the comments around the event betray a deep misogynistic attitude towards women who have fallen outside “acceptable norms”. Even though some women may jump on the bandwagon, it is primarily men and a male sexist attitude that is in the driving seat. But why have these particular female athletes become the focus for such comments and not others?

Ostapchuk was ostracised for having “male characteristics” or supposedly being like a “dude”. Offensive comments were leveled at her hair style and face too. There is nothing abnormal about how she looks – yet despite a much more internationalised world where people travel to other countries and are exposed to different body types, a highly trained powerhouse athlete like Ostapchuk was compared unfavourably to the slightly out of shape British actor Ray Winstone in the Twittersphere.

It is not the first time sexism has reared its ugly head at the Games.

Take British Weightlifter Zoe Smith who received abusive tweets about her appearance despite setting a new British record in her weight class; she responded with great poise, sending a strong message to her detractors via her blog:

“[We] don’t lift weights in order to look hot, especially for the likes of men like that.

“What makes them think that we even WANT them to find us attractive?

“If you do, thanks very much, we’re flattered.

“But if you don’t, why do you really need to voice this opinion in the first place, and what makes you think we actually give a toss that you, personally, do not find us attractive?

“What do you want us to do? Shall we stop weightlifting, amend our diet in order to completely get rid of our ‘manly’ muscles, and become housewives in the sheer hope that one day you will look more favourably upon us and we might actually have a shot with you?!

“Cause you are clearly the kindest, most attractive type of man to grace the earth with your presence.”

“The female body is so often an object in culture, and women and girls are too often encouraged to view their bodies as objects and as a performance, rather than a gender-neutral physical powerhouse with which they can achieve feats from lifting boxes when they move house to climbing trees or running marathons.

“Men’s bodies are not so often sexually objectified in culture (although this is increasingly the case and has been occurring over the last decade or so), we see men playing football, rugby or boxing or cycling and we see them in exertion, wearing practical clothing, muddy, sweaty, injured etc. But women’s bodies are not usually shown in this way, even women athletes, who often display a very heterosexual femininity when they are in adverts, sponsorship etc.”

She points the finger at advertisers who try to make “acceptable” marketable products that display some form of femminity that is acceptable to our culture:

“It seems the case that advertisers and sponsors are keen to ‘prove’ that their sponsored female athlete is actually feminine, even though she is a sportswoman – as if traditional heterosexual femininity and athleticism cannot go together.

“This is perhaps the very issue; as sport is about physicality, strength, muscularity, endurance, power, competition, winning, determination – all features which our culture does not normally attach to femininity.”

Sexualisation of women’s sport is on the increase. Ennis has sexualised comments about her appearance and Pendleton even posed for Esquire magazine.

Through no fault of their own both Ennis and Pendleton have become acceptable sportswomen not only for their incredible sporting achievements but because some male sports fans derive titillation from watching them; however, athletes like Ostapchuk and Smith, with their power and strength, present a challenge to these men, of non-conformity, both in body and by what they do for a sport – showcasing a level of strength not possessed by the average man.

We should be celebrating these women, just as much as we celebrate Ennis and co. They are examples of the diversity of the Olympics. And the message we should be sending to upcoming youth is: no matter your natural body type you can achieve and be equal in the world of sport.

Here is a taste of some of the terrible tweets:

• “Congratulations to Andrei Arshavin on his gold in the shotput, can’t believe how much weight the guys put on”

• “Belarusian salad dodger Nadezhda Ostapchuk would still be a 1/10 after 15 pints. #ShotPut”

• “If you’re feeling a little fugly today, just turn on the women’s shotput and you’ll be alright #London2012 #monsters”

• “Does anybody know what time Ms Trunchbull is on in the shotput??”

• “It took me 10 mins to realise these were women throwing the shotput, that Belarus woman escaped from some research facility #London2012″

8 Responses to “Comment: Olympics sexism still rife amongst tweeters and even journalists”