How does nationalising one of the UK’s biggest banks “crowd-in the private sector”? That was the first question I had when I saw the front page of Thursday morning’s FT (£) saying the government stood ready to nationalise RBS to get credit to flow to the real economy. 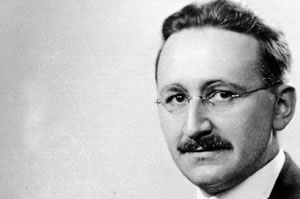 But given that this government’s founding ideology is that the private sector knows best (because Hayek has told us so), then what evidence is there of a market failure requiring nationalisation?

The Labour government nationalised just two banks in 2008, Northern Rock and Bradford & Bingley, because they were both about to individually collapse.

When RBS and HBOS received equity injections, and all the major banks received a line of credit together with a guarantee policy they could buy into, this broader intervention was required because the whole system was about to collapse; it was not the failure of a specific institution.

Given the only banks that were nationalised by Labour had individually collapsed outside of a meltdown, and the coalition are now thinking about nationalising RBS, the obvious question becomes: is RBS about to collapse?

The answer is a resounding no: it’s capital levels are fine. It’s not lending, but neither is any other bank. There is a broad market-wide problem of low lending, but that doesn’t justify nationalisation either.

• Political leaders – Stand up to the bankers, you have only your chains to lose 8 Aug 2011

This is supposed to be a government dominated by Orange Book liberals and neo-Thatcherites. Their ideology informed their view that their policies were going to let loose the private sector to grow as we’ve never grown before.

That is unless the neoliberal philosophy has been replaced and neo-con philosophy is now being applied to economic policy by this government.

To quote a pithy summary of neo-con political philosophy:

“Because man is by nature evil… He therefore must be dominated.”

This underlying moral analysis might appear a small change from neo-liberal analysis, but in fact it’s night and day when applied to economics.

RBS’s nationalisation is not the only evidence of this new neo-con economic philosophy in this government.

Another example is Jeremy Hunt’s comment on G4S’s failure on its Olympic contract:

“I think it’s completely normal that you’re going to find some contractors, on a project of this size, who can’t deliver on what they promised.”

This is an extraordinary comment given G4S’s failure meant eleven thousand troops were required. The stock market (the neoliberal’s arbiter of truth) definitely saw it as catastrophic and marked down G4S’s share price by ten per cent. To hear a government minister say we should expect a large contractor to fail is very surprising from a government steeped in neoliberal ideology – to expect a major contractor to fail to honour its contract is not a neoliberal standpoint.

Needless to say, Jeremy Hunt isn’t a Marxist, but he just might be a neo-con; Halliburton vs. News Corp – discuss…

And the idea of nationalising RBS comes straight from a neo-con economic playbook.

Go back to the second half of the quote from Leo Strauss that said:

While the Orange book liberals can’t justify the nationalisation of RBS, for the neo-cons it is the evil of RBS shareholders/management/the City that is stopping bank lending and therefore there are calls for RBS to be nationalised. Economically this neo-con view is deeply damaging.

That the banks aren’t lending doesn’t mean the banks are evil; it means the banks don’t believe in the economy. And the danger of this neo-con economics is that our economic problem is a shrinking economy, not a dispersed “axis of evil”.

This is not to deny the urgent need to address the mire of illegal behaviour in the City that has been exposed (again) in the past month – and it is unacceptable there has been not a single conviction in the UK for the crash of 2008.

But we need to listen to the wisdom of one of the comments stuck to the window of a Barclays branch by Move Your Money protesters ahead of Bob Diamond’s Treasury select committee appearance:

“I want banking to return to normal.”

We need the financial system to be restored to its proper place, not cast as an “axis of evil”; restored to a place where banking serves the real economy and not the other way around.

An economy in which no-one is trusted is a disaster: when economic underperformance is being caused by an “axis of evil” from trade unionists to bankers, and from contractors to public sector workers, then on whom do we rely to grow our economy?