Chief Secretary to the Treasury Danny Alexander is at odds with his boss, chancellor George Osborne, over the UK’s credit rating.

What a difference a year makes. A year ago George Osborne hailed the UK’s AAA credit rating as a reaffirmation of the government’s economic policy but today his deputy at the Treasury, Danny Alexander, has said it is not “the be-all and end-all”. 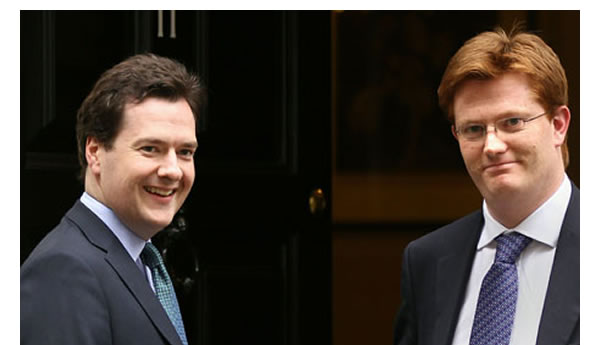 Speaking on the Today Programme, Chief Secretary to the Treasury Danny Alexander said:

“The credit rating is not the be-all and end-all… What matters is have we got the right policy mix for the country to get people back into work, to support economic growth, to deal with the huge problems in our public finances and the credit agencies reflect on those things and the ratings they give are a reflection of the credibility of that mix.”

But last July, George Osborne reacted to news Standard and Poor’s was retaining the UK’s AAA rating as:

“…a reminder that despite the economic problems we face, the world has confidence that we are dealing with them.”

A few days later, he wrote in the Telegraph:

“In retrospect, the use of political capital to implement immediate efficiency savings, pass the emergency Budget, agree the most difficult Spending Review for generations and put in place long-term fiscal reforms to pensions was an excellent investment in our country’s economic stability.

“Thanks to these decisions, the credit rating agency Standard & Poors took the UK off negative outlook and reaffirmed our AAA rating.”

In the last year, Osborne and Alexander’s deficit reduction policy has been called into question by the IMF and the British Chamber of Commerce among a number of other organisations and economists while the UK’s growth projection for 2012 has been downgraded.

• If the right cares about sovereignty, why the silence on credit agencies? 22 Nov 2011

If a British downgrade happens, George Osborne will only have himself to blame for the scorn he will face.