Projections released by the OBR today reveal the full scale of the long term fiscal challenge facing the UK, in effect making the current deficit reduction plan look like a walk in the park. 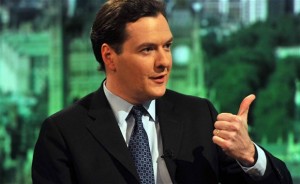 According to its analysis, public sector debt is projected to jump to 86 per cent of GDP by 2060, over one quarter higher than today’s debt burden, driven primarily by public spending outstripping tax revenues over the next 50 years.

This trend is projected to hold even if we meet the chancellor’s goal to eliminate the structural deficit by 2015-16.

The factors driving the rising demand and growing costs in the public sector are not new phenomena.

They include the continued ageing population, rising demand as a result of greater economic prosperity and the growing costs associated with technological and medical advances.

The OBR’s figures reveal the tough political choices required to ensure the public finances remain sustainable. For example,the OBR expects debt to peak at 76 per cent of GDP in 2014.

Maintaining debt at this level over the next half century would require the UK to maintain a small budget surplus each year until 2060. Stretching the goal further, returning debt levels to their pre-recession level of around 40 per cent of GDP, would mean a budget surplus of almost one per cent for every year out to 2060. This is the equivalent of one quarter of the schools budget.

Politicians are, of course, notoriously short-term in their thinking, rarely seeing beyond the next general election.

So it is no surprise that the long-term challenge represented by these projections is missing from political debates around the UK’s public finances. Yet delaying any response to this challenge may only serve to worsen the problem.

In practice, debt is unlikely to increase as much as projected by the OBR because when push comes to shove successive governments will not allow public spending to rise significantly. Policy makers will respond to increased demand in some areas by cutting back in others.

As demographic and technological change continues to drive spending in key areas like health and pensions, other areas will be squeezed.

Over the last 50 years, policy makers have responded to population ageing and medical advances by allocating a growing share of public spending to the NHS and state pensions, while cutting back on defence and investment in infrastructure, despite the long-term economic benefits associated with capital spending.

It may appear that making cuts in other areas of spending will provide governments with an easy way out.

However, while more private provision can play a role in some areas, collective provision remains the fairest and most efficient approach in many others.

Today’s figures from the OBR offer an argument for reform not retrenchment.

This is not to say that reform won’t be tough – it will be. There are policy options that would allow governments to make some headway, but they are unlikely to do much for their popularity: measures such as linking further increases in the state pension age to changes in life expectancy, scrapping universal benefits for pensioners and introducing new capital taxes to pay for rising demand for social care.

These reforms could free up resources for key priorities including greater investment in childcare and social care.

Some of these policies could attract cross-party support; there is, for instance, a reasonable consensus on matters related to pensions and  strong case for trying to achieve a similar consensus on social care. This would enable the country to make long-term plans for the challenges ahead.

We don’t need to be at the mercy of the short termism nature of politics – there is always an opportunity to prepare for the distant future while complementing short term goals.