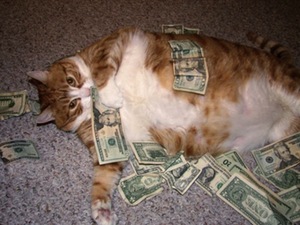 The government has announced today that it is planning to take a hard line with bonuses from taxpayer owned organisations – but continues to ignore the problems with private companies who earn all their revenue from the taxpayer, as Dan Elton reported last week.

Francis Maude, the Cabinet Office minister, and Danny Alexander, the Chief Secretary to the Treasury, have written to all government departments asking them to review their bonus structures.

In future, bonuses should only be paid for “genuine excellence” and not “run-of-the-mill performance” after it emerged that up to a quarter of officials automatically qualified for rewards.

Mr Alexander told The Daily Telegraph that the review would ensure that there was no suggestion of “rewards for failure” in publicly-funded bodies.

“The idea is to look at the levers government has, to make sure that the remuneration rules are fit for purpose and command public confidence,” he said.

Daniel Elton, on Friday, reported on how the head of outsourcing firm A4e, which earns huge revenue from the public purse, received a 300 per cent pay rise.

This came despite her firm failing to meet its targets on the work it was performing for the taxpayer, as This is Money wrote:

“MPs voiced astonishment at the size of the payment to Mrs Harrison, and questioned why the firm had continued to win contracts despite the ‘abysmal’ record.

“The company even received a share of £63million in ‘termination fees’ when the DWP ended a previous back-to-work programme in which the firm was involved and replaced it with a new one.

“MPs were told that A4e had missed its target of getting 30 per cent of people on the previous ‘Pathways to Work’ programme into a job. The committee heard the success rate was nine per cent.

If that isn’t a reward for failure, what is?

• Public sector outsourcing is a mess – and it’s the taxpayer picking up the tab – Daniel Elton, February 10th 2012

• How bloggers exposed Tory ‘EasyCouncil’ where outsourcing is out of control – Adam Langleben, June 20th 2011

• We are a long way from getting it right on outsourcing – Dominic Browne, June 3rd 2011