The coalition, the self-styled ‘greenest government ever’, is ditching its “dirty fossil fuels” pledge.

Nick Dearden is the director of the Jubilee Debt Campaign, a member of the Clean Up Britain’s Exports network

Great news: coal, oil and gas are now all ‘clean fossil fuels’ according to the government. In fact there’s really no such thing as a ‘dirty’ fossil fuel, which greatly helps the coalition to meet its promise to stop supporting such things. 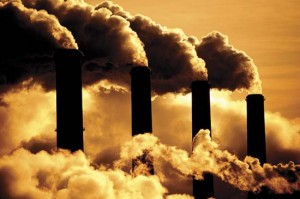 For years, this has been a speciality of the Export Credits Guarantee Department (now renamed UK Export Finance), part of the Business Ministry, which backs loans to arms, aerospace and fossil fuels industries to export their goods and services.

That’s why the coalition agreement (pdf) promised to make the Export Credits Guarantee Department a champion “for British companies that develop and export innovative green technologies around the world, instead of supporting investment in dirty fossil-fuel energy production”.

Since then we’ve been waiting for a definition of what on earth a ‘clean’ as opposed to a ‘dirty’ fossil fuel might look like. This week we got the answer when Vince Cable told parliament there would be no change to what the government supports. It’s not difficult to work out why.

In the last year, the government has given export credits of nearly £1 billion to help a deep sea oil platform off the coast of Brazil and two Russian coal mines. In a classic ‘Thick of It’ response, we were told coal mining might not be dirty because ‘we don’t know what they’ll use the coal for’.

So deep-sea oil drilling, coal mines, oil pipelines and coal power stations – some of the most harmful fossil fuel industries – can all now be officially ‘clean’. That’s not to say there are no standards. The government continues to apply the same international standards it has been applying up to now.

• The government has no ambition on carbon reporting 21 Jun 2012

These say, for instance, that fossil fuels cannot be dirty if a project is receiving less than £10 million in support from the UK, that greenhouse gas emissions are irrelevant to whether a project is dirty or not, and even if a project is somehow found to be ‘dirty’, the government can simply override this definition if it wants to.

None of this gives great confidence in George Osborne’s big ‘infrastructure’ announcement this week which includes expanding the size of export credits by up to £5 billion. This money could be used to back all manner of unsavoury, unhelpful or downright stupid projects underwritten by the taxpayer – which could turn into the next generation of unjust debts.

Neither has the other side of the equation – supporting green technologies to improve our industrial strength in ‘sunrise industries’ borne much fruit. Despite a fully fledged roadshow, not a single ‘green tech’ project has ever been supported by ECGD.

The problem it seems is there just aren’t any green industries to give export support to in the UK. Industrial policy anyone?