If we are to be comfortable with the world which we hand down to future generations then we need a unified vision of a world free from nuclear weapons.

Here’s a quick quiz for you:  what connects Tlateloco (a district in Mexico City), Pelindaba (the former home of South Africa’s nuclear weapons) and Bangkok? It’s a tricky one – so don’t worry if you didn’t get it; the answer is they have all lent their names to treaties creating regional Nuclear Weapons Free Zones (NWFZs) – in Latin America, Africa and Southeast Asia. 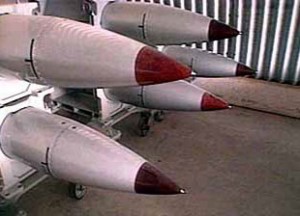 People are often surprised to hear that such zones exist – and have done for many years – but they provide an essential and inspiring building block in tackling the proliferation and use of nuclear weapons globally.

First floated in the 1990s, it’s been a while in the making, but a conference on this subject is now scheduled for later this year.

Called by the UN and convened by Finland, its aim is to bring all of the states in the Middle East to the negotiating table to discuss the outlawing of nuclear weapons and other WMDs from the area. This simple first step would be a major development towards transparent and productive discussions on non-nuclear, intra-regional security.

One encouraging sign is the fact that the UK, US and Russia have confirmed their support for the initiative and pledged their assistance – although of course these are so far only words.

In a joint statement these nuclear-armed states declared that such zones “play a critical role in strengthening the nuclear non-proliferation regime and contributing to international peace and security”.

“[For this] conference to be successful it should include at a minimum the representation of all the States of the Middle East. We are prepared to assist in any way requested.”

Simmering regional tensions that have flared up in recent months should provide a catalyst for action.

• Lessons from North Korea: There is a safer way to engage Iran 5 Mar 2012

The past six months have seen concerns over Iran’s alleged nuclear ambitions; signals from Saudi Arabia and Egypt that they too could initiate nuclear weapons programmes; not to mention the alarming continuing presence of Israel’s nuclear arsenal (especially in the context of a potential conflict with Iran).

All of these have brought into sharp relief the urgent necessity of concrete developments towards a nuclear-free Middle East.

An interesting acid test of the commitment of nuclear weapons states to the practicalities of such zones will take place later this week. Cambodia recently announced that it hopes to secure endorsement by the world’s five nuclear powers for the Southeast Asia Nuclear Weapon-Free Zone Treaty, or Bangkok Treaty, (signed by regional states in 1995).

However, the hope that this endorsement would come on Thursday 12th July has been rocked by further reservations by nuclear-armed states over the scope of the Treaty.

If we are to create genuine peace and security then world leaders must have the courage to engage in open and transparent discussions about regional security concerns, and the fora that have resulted in regional NWFZs around the world are an ideal framework for this to take place.

The image of Israel and Iran talking face-to-face about regional security may perhaps seem like a fantasy, but it shouldn’t. With the right pressures, motives and incentives, this is a very real prospect.

If we are to be comfortable with the world which we hand down to future generations then such diplomatic initiatives and binding legal mechanisms, underscored by a unified vision of a world free from nuclear weapons, are fundamental.

For supporters of this initiative in the UK, make sure your MP signs the recently tabled Early Day Motion 273: Middle East Weapons of Mass Destruction Free Zone