Declan Gaffney disproves Fraser Nelson's claims that UK benefits "are some of the most generous in Europe".

Last week, Fraser Nelson announced that “our benefits are some of the most generous in Europe”. This assertion has led to some surprise and a certain amount of confusion. 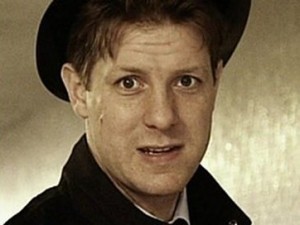 How generous is the UK social security system in international comparison? Full Fact looked at this in response to Nelson’s comments, but their article focussed on expenditure levels rather than specifically on generosity.

Usually welfare generosity is assessed not in terms of how much government spends but on how much benefits are worth.

A common summary measure of this is the ‘replacement ratio’ which shows how benefits when out of work compare with income when in work.

Fortunately the OECD publishes detailed comparable national data on net replacement ratios for different household types and at different points in the earnings distribution so it’s possible to assess Fraser’s assertion on the basis of evidence.

On the OECD’s summary data on net replacement ratios, the UK is placed 18 out of 24 European nations: the nations which have lower ratios (on this summary measure) are Poland, Estonia, the Slovak Republic, Hungary, Greece and Italy.  So on the face of it, the claim that the UK is among the most generous looks severely misplaced.

But, inevitably, there is no single figure that summarises the comparative evidence in a simple manner. The generosity of the benefits system varies by family type, with some systems, including the UK’s,  skewing support heavily towards families with children.

Relative generosity varies by earnings level: a system that provides ‘generous’ protection to a low-waged worker can be stingy towards higher earners. In many countries, benefit levels are higher during an initial phase of unemployment (typically 18 months to two years) and lower for the long-term unemployed.Average wage levels affect estimated generosity. And the UK’s relative generosity depends a lot on how much of ‘Europe’ is included in the comparison.

Still, looking at the full range of evidence, two broad conclusions about UK benefit generosity seem clear. For people who have just become unemployed, the UK has one of the least generous benefit systems in Europe.

• After Jubileegate: Five reasons why the Work Programme gets it wrong 6 Jun 2012

Over the longer term, as people in other countries exhaust earnings-related benefits and move on to social assistance benefits, the UK looks far less stingy compared to other European countries, although it is still stretching things to say unequivocally that UK benefits ‘are some of the most generous in Europe’.

The table below shows how the UK replacement ratio during the initial phase of unemployment compares to the average for 24 European nations. Yes, these are ratios of ratios unfortunately – we need some way of summarising a lot of data, so I’ve divided the UK  ratio by the cross-national average.

Where this gives a figure less than one, the UK replacement ratio is lower (less ‘generous’) than the average. Three points in the earnings distribution are shown- 67%  of the average wage, 100% and 150%. Six different household types are also shown so there are 18 combinations of earnings and household type in total.

The UK is below the cross-national average for all 18 categories. In two cases, for single earner couples with children on low or average earnings, the difference is trivial. For other categories the UK ranges from .52 to .89 of the European average. In general, people without children receive much less generous benefits.

But perhaps the cross-national average is being pulled up by a handful of exceptionally generous welfare systems? In that case the UK might still be among the most generous while being below the average. Unfortunately not. This table shows where the UK fits in a ranking of the 24 countries.

Out of the 24 countries, the UK ranks 24th for eleven of the eighteen categories and between 20th and 23rd for five of the remaining categories. Only for two categories, single earner couples with children on low to average wages, is the UK higher than 20th:  not coincidentally, these are also the only two categories where the UK ratio is close to the cross-national average.

Once Europeans have exhausted any earnings-related unemployment benefits the picture changes. The UK is now above the cross-national average for most household types and earnings levels, although this result is influenced by the fact that two countries have a net replacement rate of zero for some household types, pulling down the cross-national average. The last table shows where the UK fits in a ranking by long term replacement ratio.

Again, there are eighteen combinations of wage and household type and 24 countries. The UK is in the top third of the national rankings (i.e. 8th or higher)  for 7 of these combinations, all families with children. We could say that for seven out of 18 combinations, the UK benefit system is among the more generous in Europe for long-term claimants.

So the UK benefit system is spectacularly ungenerous compared to other European countries for people who are not long-term unemployed: that is, let’s remember, for the great majority of people who ever experience unemployment. But because it tends to tilt support towards families with children, and because European countries reduce generosity sharply when earnings-related benefits are exhausted, the UK is among the higher ranked countries for longer-term generosity to out-of-work families with children: similar to France, somewhat less generous than Germany, a lot less generous than Denmark.

Which of these aspects is more important? It depends what you’re interested in. Personally, I’m interested at the moment in why attitudes to social security are so negative in the UK compared to other European countries.

In that context, the lack of generosity of the UK system in the initial period of unemployment is by far its most striking feature. Yet again,  ‘nothing for something’ rather than ‘something for nothing’  seems to be the defining feature of out-of-work benefits in the UK.