Stephen Fry says "let's be a classy country" and return the Parthenon Marbles to Greece during this time of crisis.

Actor and writer Stephen Fry has declared his support for returning the Parthenon Marbles to Greece, a country he says is in “dire need” of our friendship and the tourism boost. 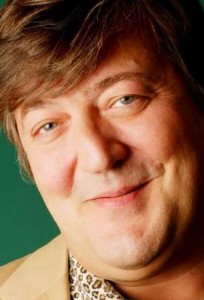 National treasure Stephen Fry was speaking at a debate on the fate of the Greek sculptures hosted by Intelligence Squared. He said:

“Let’s be a classy country and return the marbles to Greece. We would be admired by the rest of the world, offering friendship to a country in dire need.

In Greece, there are men queuing up for food and when the cameras are turned on them, they turn away because they are so ashamed.

If we can do this one thing for the poor people of Greece, if we can just help their tourism and make a story out of this.

Until we return the marbles – regardless of how much their debt crisis means they owe us – we will never be able to repay the debt that we owe Greece.“

The Parthenon marbles, currently on display at the British museum, were once part of the Parthenon temple situated on the Acropolis of Athens.

Thomas Bruce, 7th earl of Elgin, received permission to remove parts of the Parthenon while serving as British ambassador to the Ottoman Empire in the late 18th and early 19th centuries. Some historians believe that Elgin legally took the sculptures while others argue they should be returned to Athens.

• “We must all be up to this challenge together”: A new social compact for Europe 8 June 2012
• A possible phone call between Alexis Tsipras and Angela Merkel 6 Jun 2012

“How classy would it be to put a film in the place of the marbles, showing how our heads of government decided to replicate the marbles and then have them returned to where they were quarried?”

Tristram Hunt was against returning the sculptures to Greece, saying:

“The people of Greece should have intense pride that the marbles are in London. [Returning them] will start us down a slippery slope that will purge our museums of cosmopolitan sensibility… The Ethiopian tablets and Rosetta Stone will have to be returned. It will be a global loss of learning.”

An audience poll taken before the event asking ‘Should the marbles be returned to Greece?’, showed 196 voted for, 202 against and 158 didn’t know. A second poll taken after the debate showed a majority of 384 voting in favour of returning the marbles, with 125 voting against and only 24 audience members voting don’t know.

42 Responses to “Stephen Fry: “Let’s be a classy country” and return the Parthenon Marbles to Greece”