This month, Egypt’s first democratically-elected president, Mohammed Morsi, was appointed, but what are the consequences of an Islamist president?

.
Last year, history was made as protesters took to Tahrir Square to show their dissatisfaction with the Mubarak regime. Within a month, president Mubarak had stepped down and handed power over to the Supreme Council of the Armed Forces. 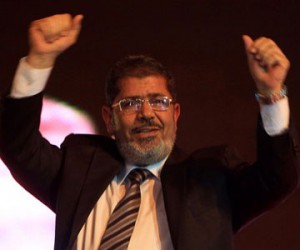 Con Coughlin writes in The Telegraph:

The fact that the election has resulted in the appointment of Mohammed Morsi, the head of Egypt’s Muslim Brotherhood, as the country’s new leader does not bode well for the country’s future.

Many political commentators have suggested we need not worry, because Mr Morsi represents the acceptable face of political Islam, and wants to form a government that represents all the Egyptian people.

But as happened during the 1979 Iranian revolution, I fear the Mr Morsi’s election is the thin end of the wedge.

While Mr Morsi himself might be moderate in outlook, many of those who back him are not, such as the Salafist groups that have recently set fire to a number of Christian groups.

• Indonesia: A beacon for the Arab Spring, a triumph over dictatorship and extremism 12 Apr 2012

Counter extremism think-tank, the Quilliam Foundation, said in a statement:

Through the dissolution of the lower house, the Muslim Brotherhood is no longer in charge of both parliament and the executive.  Civil society and establishment pressure against the group has curtailed any significant powers they may have held.

The Brotherhood’s performance in the dismissed Parliament has significantly tempered early public enthusiasm for them. There is an increased debate on reform within the Muslim Brotherhood, and the group is also making overtures towards being committed to democracy.

The media in Israel have widespread concerns following the election of Morsi, with one headline reading “Darkness in Egypt”.

From our standpoint, when the presidential palace in Cairo is painted for the first time in Islamic colours, this is a black and dark day.

11 Responses to “Should we be concerned about Egypt’s new president?”