Obama, Hollande, Dilma, Gillard and Hernandez would be a formidable force for progress if they worked together to push for a global growth plan.

Whilst the Seoul and Cannes Summits were positive steps forward for development, next to nothing has been achieved by the G20 in Los Cabos in Mexico. 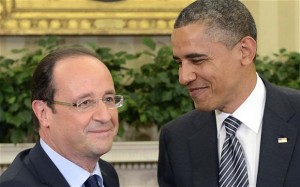 Crucially, world leaders have yet again failed to agree a global plan for jobs and growth needed to drag the world out of recession.

There was some movement on tax, where leaders encouraged all countries – including tax havens – to adopt a multilateral convention which forces them to share fiscal information.

This could stop developing countries losing hundreds of millions of dollars that tax havens suck up every year. But as Oxfam have stated, the litmus test for this commitment will be whether countries implement this plan.

Meanwhile, the AgResults initiative will help fund technological solutions to problems that are too often ignored. As ONE have said, since many G20 pledges have fallen by the wayside, it is welcome that an initiative announced in Toronto in 2010 has come to fruition.

Perhaps when expectations are so low this progress should be celebrated, coming as it did on a day when England progressed into the Euro 2012 quarter-finals as surprise group winners – despite an inability to string more than two consecutive passes together. But low expectations are not an excuse mediocre performances.

There was no movement towards agreeing a global Robin Hood tax, or even other options for financing for development recommended in Bill Gate’s report for the last G20 summit, no clear roadmap for implementing the Cannes Action Plan on Agriculture and thus addressing food insecurity, no progress towards supporting new rules to create transparency in the extractive industries and to progress important measures on fiscal transparency.

More fundamental is the failure once again by world leaders to agree a global growth deal to drag the global economy out of recession and achieve jobs and justice for citizens in all countries of the world.

At the G20 in Seoul in 2010, the IMF presented a report showing how co-operation between countries to secure a global growth pact could, at a minimum, create 50 million jobs and lift 90 million people out of poverty.

Already exhibiting enviable growth rates despite the financial crisis, the further development of low income countries could help provide new markets and with it, new jobs for Britain, Europe and the US.

In April 2009, G20 leaders, led by Gordon Brown, agreed coordinated action at the London Summit that stopped the recession turning into a depression. Then there was a recognition that our global problems required global solutions – but three years since that Summit and two years since the IMF plan, that coordination has disintegrated and we instead blunder on, seemingly content with avoidable levels of poverty, inequality, unemployment and environmental damage.

With the G20 leaders showing a desperate lack of leadership, we can be sure of one thing – it won’t be provided by Britain. But in truth, it is becoming difficult to criticise David Cameron for his consistent lack of leadership at these summits.

The leadership so urgently needed requires internationalist values and a belief in pro-growth, expansionary, job-creating economics. In short, since the Tory leader lacks the right values he cannot help but be an irrelevance – we need a Labour prime minister back in power.

But here and now it is time that the social democrats in the G20 started working together to fight for the coordinated action the world needs. Obama, Hollande, Dilma, Gillard, Hernandez, together with Zuma and Singh would be a formidable force for progress if they worked together to push for a global growth plan.

Brazil in particular has much to teach the world on how to achieve sustained of growth and at the same time reduce poverty and inequality by record amounts.

We know that domestic politics often restricts what these leaders can sanction on the world stage. In Obama’s defence, his position at summits is neutered by a Congress controlled by a Republican Party who even by their own poor standards are the most extreme, nasty, petty, economically illiterate and unpatriotic they’ve ever been.

But hard as it might be, the social democrat leaders in the G20 must build a coalition of the willing if we are to have any hope of a global recovery.